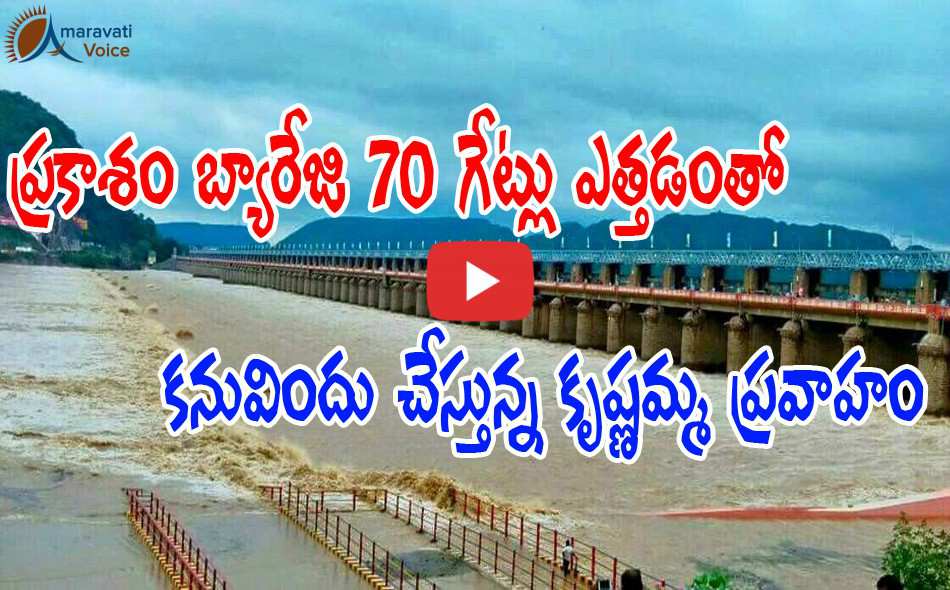 Due to heavy down pour in the catchment area and the inflows from Pulichintala project, Prakasam Barrage already witnessed heavy inflows. Irrigation officials released water into the sea from the Barrage by lifting up all the 70 gates.

Officials are anticipating more than 3 lakh Cusecs of flood Water to the barrage which will be discharged into the Sea. The district administration raised an alert in the low-lying areas down stream Prakasam Barrage.

Meanwhile citizens are coming to see the water being released from Prakasam Barrage by lifting all the 70 gates.