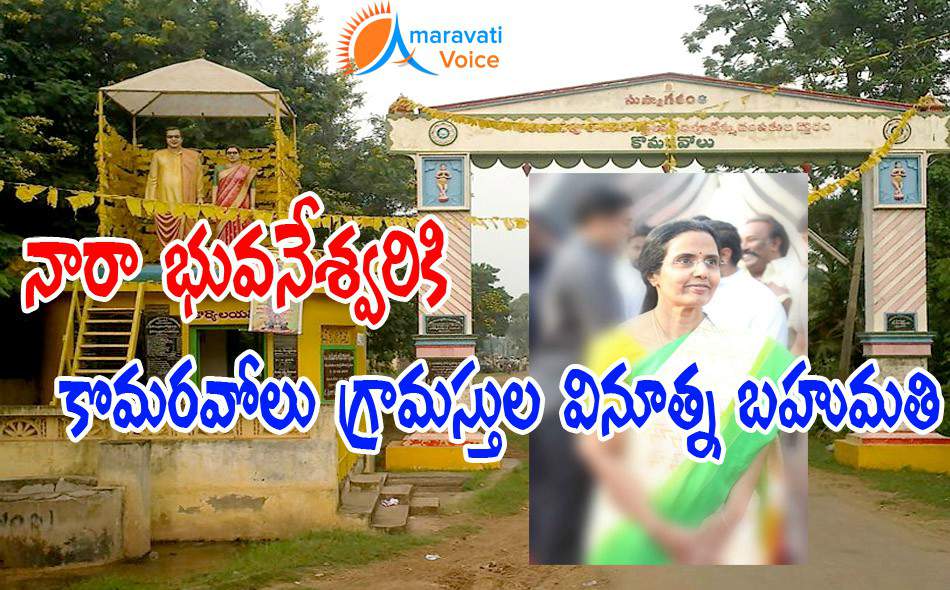 It is known fact that, Chief Minister N Chandrababu Naidu's wife Nara Bhuvaneswari has adopted Komaravolu Village of Krishna district in August 2015. She has adopted as it is her mother Nandamuri Basavatarakam's native. Since then Bhuvaneswari has developed the village with all basic facilities and initiated various development Works.

The State government has sanctioned Rs 2.8 crore for laying of CC roads and Rs.4.4 crore for underground drainage Works. Other development works include the construction of a community hall at a cost of Rs.15 lakh for farmers and DWCRA women to hold meetings, Laying of metal roads is also being taken up on a war footing at a cost of Rs.45 lakh. The Tank Bund is decorated with greenery. Fencing has also been erected at the Tank Bund. And also the village is open defecation-free.

To thank her for the work she has been doing the villagers has chosen a unique way to gift her. The villagers have decided to abstained themselves from consuming liquor, cigarettes, gutka and pan masala. Already the one liquor shop in the village is closed and the sale of cigarettes is also banned in the village.

By the next time visit, Bhuvaneswari is going to get this gift from the Komaravolu villagers.