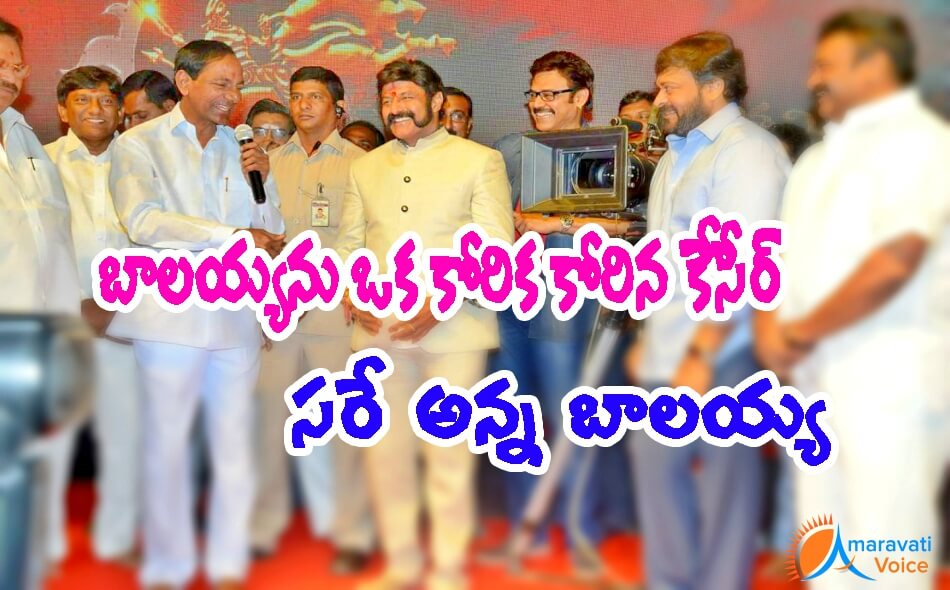 Gautamiputra Satakarni, the 100th film of Nandamuri Balakrshina has launched today at 10.30 AM at Annapurna Studios. KCR is the chief gest for the movie launch. Telangana chief minister K Chandrasekhar Rao (KCR), megastar Chiranjeevi, Venkatesh, Dasari and other celibates graced the event.

In his speach KCR said "I am a big fan of Nandamuri Taraka Rama Rao all my life and I wish all success for brother Balakrishna,". And KCR Requested a small favor from Balakrishna. He has asked balayya to arrange the first premier show tickets of the film to him and his family. He also told that he will sit with Chiranjeevi and see the first premier show of the film and request Balakrishna and Director Krish to arrange the tickets. 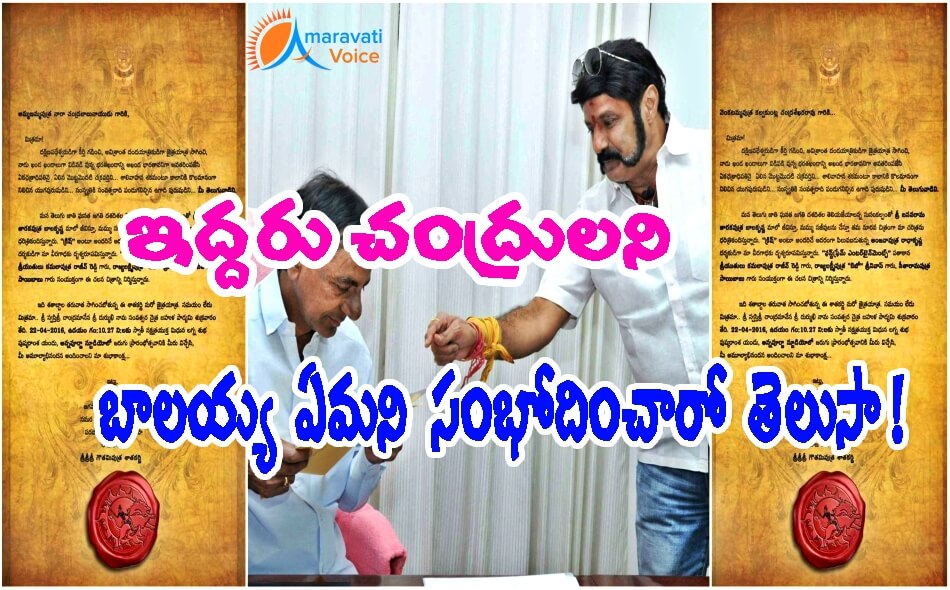 It is known that Nandamuri Balakrishna is coming up with a historic project "Gauthamiputra Satakarni" for his 100th film. Today he, with his director Krish has met Telangana chief minister in his office and handed over the invitation for his movie launch.

He is also going to invite Andhra Pradesh Chief Minister Chandrababu Naidu. The invitation is attracting very much, where every name is having the first name of their mother. As Gauthamiputra Satakarni, has added his mother name Gauthami to his name, so the creative team of the film has designed the invitations like this.

Below are the invitations 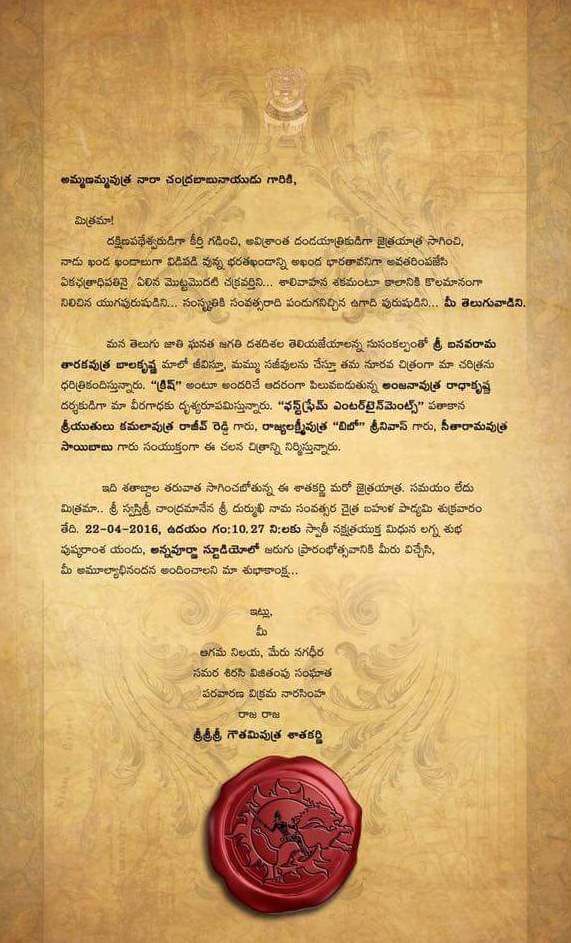 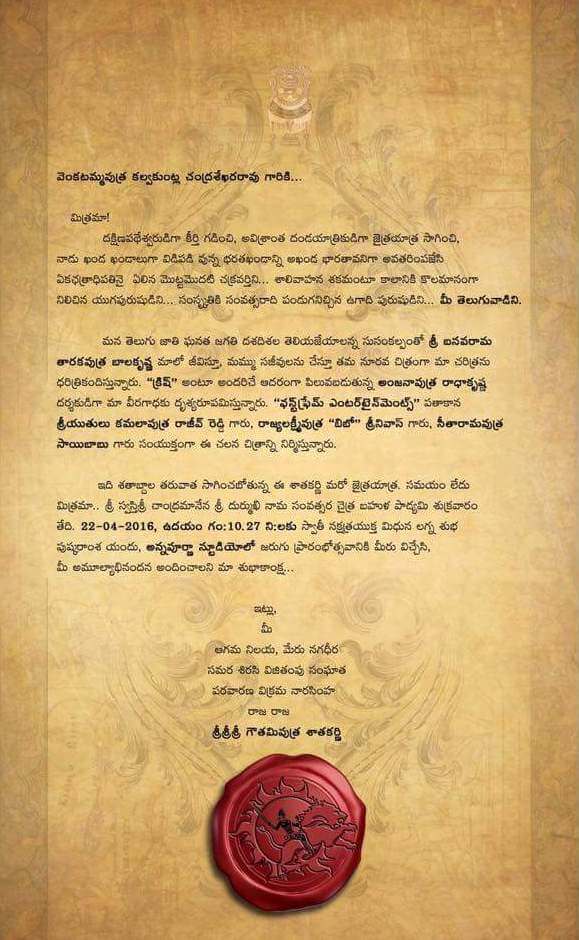 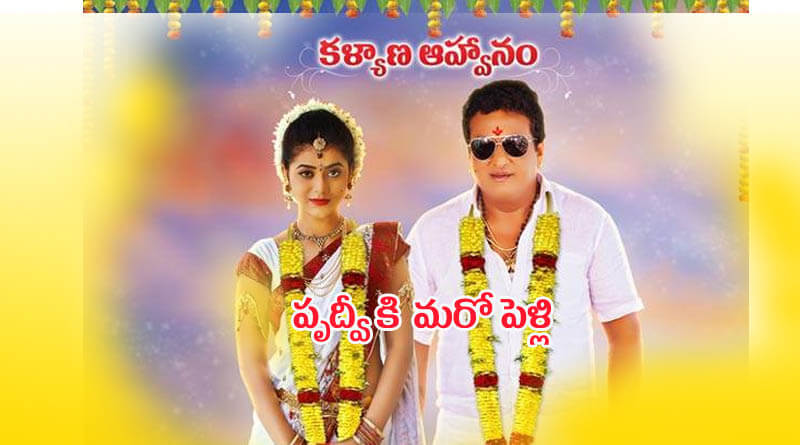 Comedy actor Ballireddy Prudhviraj, Popular as "30 Years industry Ikkada" leading comedian in Telugu industry, Now he is all set to tie the knot once again. But before you jump into confusion and conclusion, that he is going to get married again, let us clear the air that he is marrying, but not for REAL. It is for an upcoming movie sequence which is yet to be revealed.

This shot is from the movie 'Goa Raju's Wedding Invitation' poster. In order to create some expectations and curiosity the makers have released this poster. In the poster you can see Prudhvi in a groom's attire along with the female lead in bride's attire.

The wedding will take place on April 23, 2016 at 10:00am in Banjara Hills. More details about the movie will be unveiled on the 'Wedding Day'. Seems they have grabbed the attention now ! 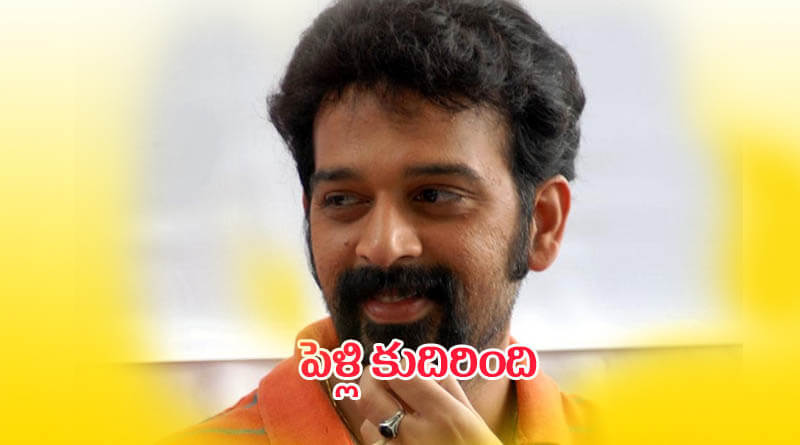 Tollywood actor JD.Chakravarthy, who made his debut in 1989 with Nagarjuna starrer ‘Siva’ is finally going to tie the knot with Delhi-based businessman’s daughter soon. Of couse, he is marrying very late and is in his forties.

Chakravarthy had been evading marriage since long. But due to the pressure from his mother, he had to agree to marry. Owing great respect to his mother and her feelings, the actor had no choice but to make her dream come true. That’s really like a good son! Going by his words several times, in several interviews, the actor always asserted that he isn’t going to marry and never laid any trust in the institution of marriage. As he agreed to marriage, hope he changes his opinions on marriage and will have a great family life in future. 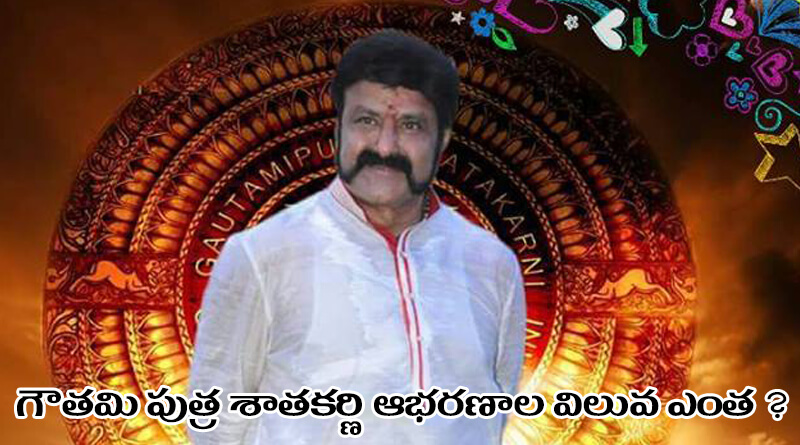 It is known that Nandamuri Balakrishna, who was working up hard to start up his next film which is based on live story of AMARAVATI KING and Sathavahana ruler with the title Gowthama buddha sathakarni under the direction of director Krish who is well known for his emotional stories.

It is known that in an interview Krish declared that he might have kept the story aside if Balakrishna has rejected the story. The words itself can say us that only Balakrishna is suitable personality and person with a capacity to do this film. Balakrishna redesigned himself with a huge mustache for the character.

Now, it became hot topic in industry as the news broke out that balakrishna decided to use real golden ornaments in his film as Gunasekhar did for Rudramadevi. The costume of princess Rudrama casted in high which eventually broke up saying Balayya ornaments itself may break up the cost of more than 20-30 crores. Breaking these expectations the film unit declared that ornaments carried by Balayya in film costs less than 12 crores which are pure and real. Hearing this many opened their mouths for the simplicity of balayya and his far looks in controlling the budget of film.