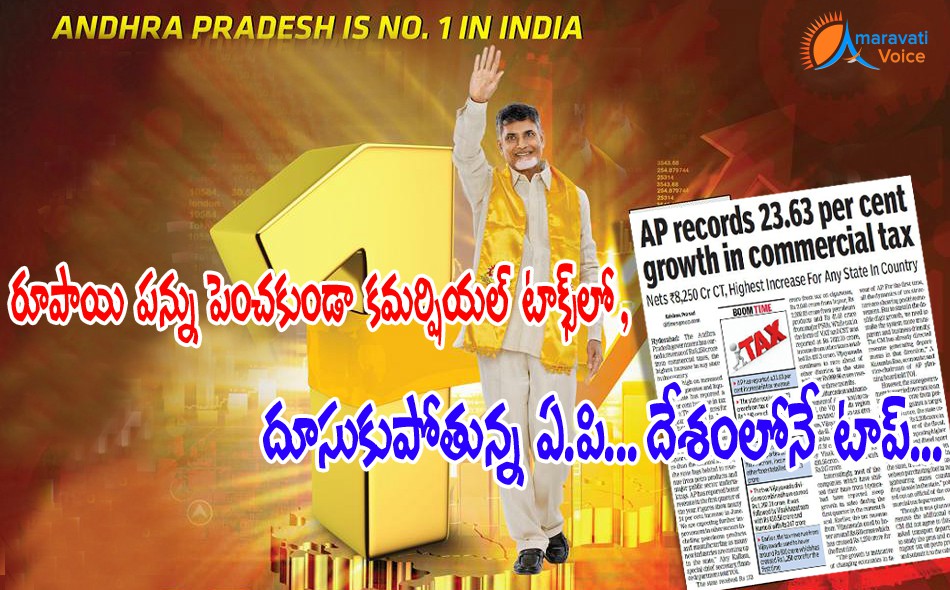 Andhra Pradesh Government has earned Rs.8,250 crore revenue from commercial taxes, according to the article published by "Times of India". This is the highest by any state in the country. Andhra Pradesh state has shown an increase of 23.63% in tax revenue for the quarter ended June 2016. Andhra Pradesh reported better revenue in the first quarter of the year, compared to the figures last year.

Here are the revenue sources from various departments: