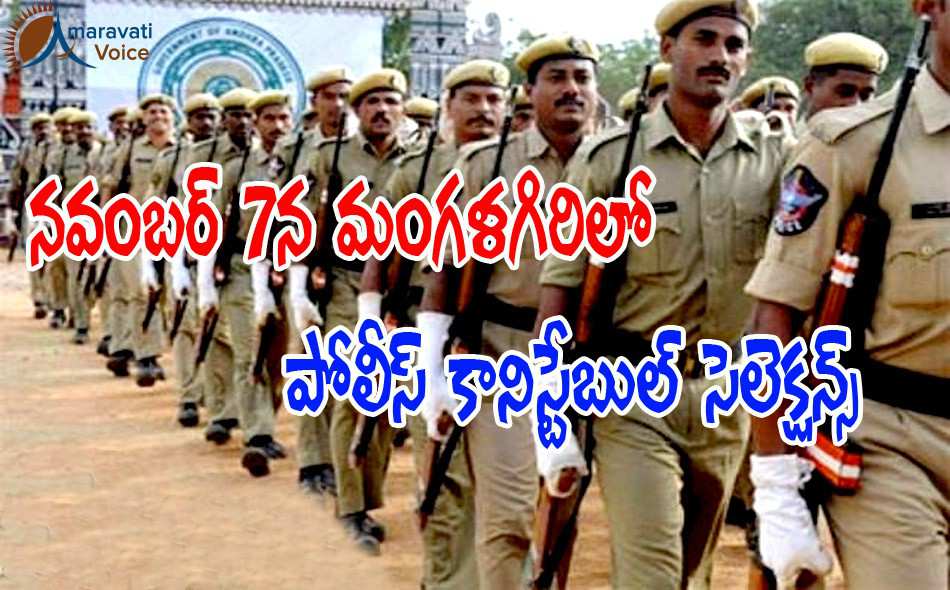 In a communiqué issued on Thursday, AP state level Police Recruitment Board (APSLPRB) chairman Atul Singh said that the candidates may download their call letters from the Website recruitment.appolice.gov.in, on October 27.

The APSLPRB chairman has suggested to the candidates to bring their Aadhaar card or any other photo identity proofs like PAN card, driving licence, Voter card or ration card, in support of their identity, while appearing for the said tests.

Similarly, the APSLPRB chairman has suggested to the candidates appearing for the Written test on November 6 at various locations, for the posts of SCT police constables (Civil) (men and Women)- 3,216 posts, SCT police constables (AR) (men and Women) 1,067 posts in the police department, and Warders (male) 240 posts and warders (female) 25 posts in prisons and correctional services department, to download their hall tickets from October 25 by logging on to website recruitment.appolice.gov.in

Similarly, the candidates appearing for the physical measurement tests for the SCT Police constable (Communications)-494 posts for men and Women, can download the call letters from the website recruitment.appolice.gov.in, On October 27. The PMT and PET Will be held from November 7 at three centres for men in Visakhapatnam, Eluru and Kurnool and On November 14 for women at the same three centres, the chairman added.