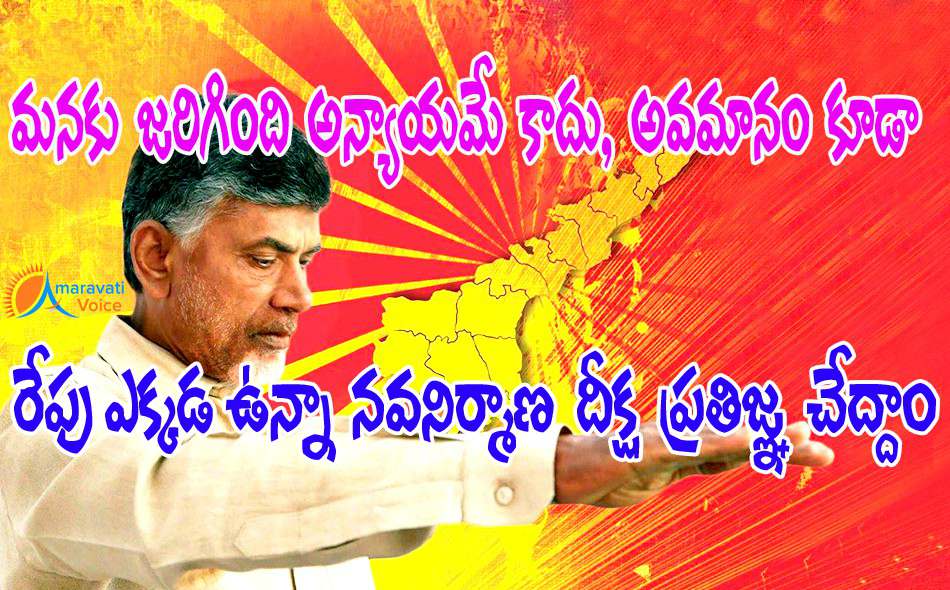 The Andhra Pradesh government will observe a week-long Nava Nirmana Deeksha from June 2, the day the erstwhile state was bifurcated two years ago. It has decided to observe the day as "reconstruction day' as bifurcation of the undivided Andhra Pradesh was carried out against the wishes of the people.

The state government is using the occasion every year to highlight the injustice' caused to the state by the Congress which was in power then. Chief Minister N Chandrababu Naidu will launch the deeksha at Vijayawada on June 2 at Benz Circle. Similar deekshas will be organised at all district and mandal headquarters. Rallies will be held in villages and towns where a Nava Nirmana Deeksha pledge will be administered to the people.

Chief Minister Urged people to do the pledge in whichever place they are at 11.00 AM on June 2nd

Below is the schedule: 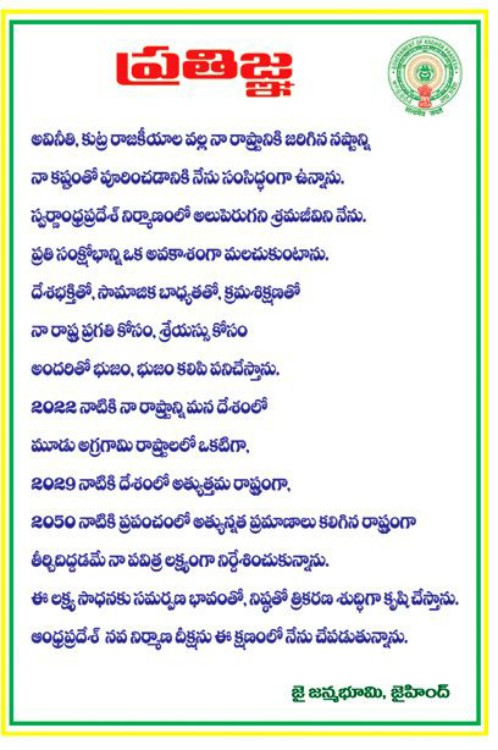