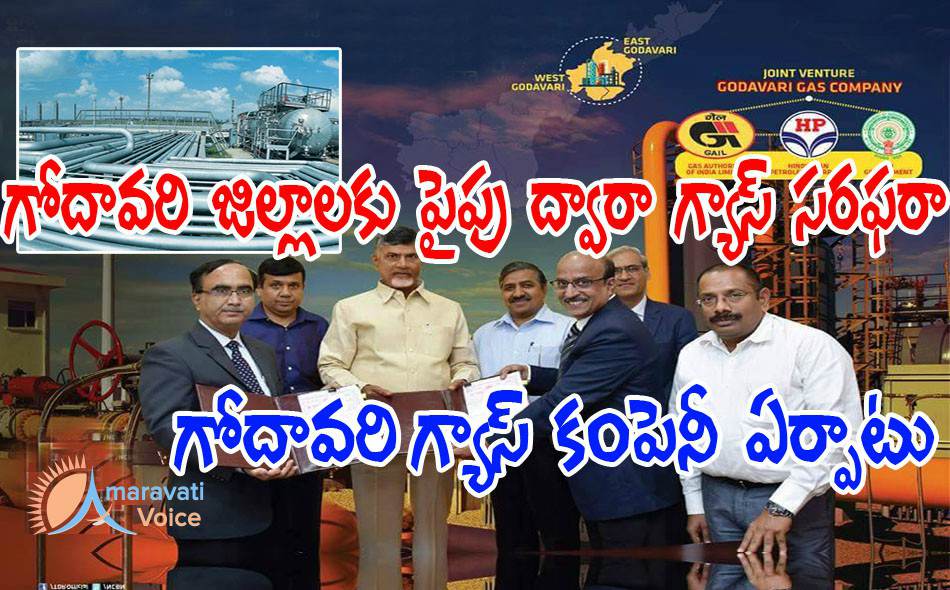 The company will lay the city gas pipeline in districts of East and West Godavari benefiting domestic consumers, commercial users, industries and transport sectors and is expected to give a huge fillip to the industries in the two districts. The Chief Minister directed the company to expand the city gas distribution to other districts of Andhra Pradesh.