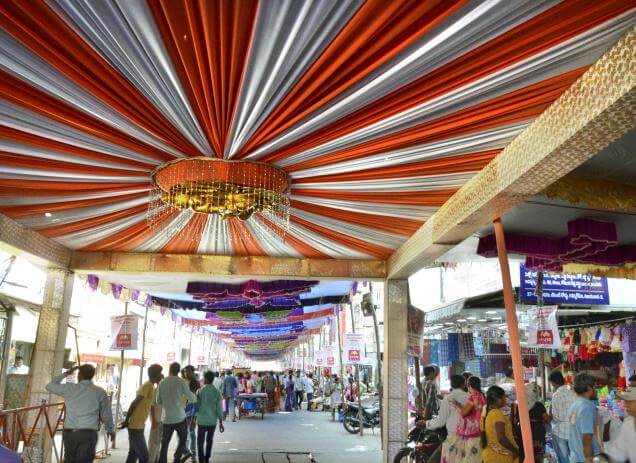 Sri Rama Navami Celebrations in Besant Road is the biggest celebration in the Vijayawada City. The nine day celebrations will start today and end on April 23rd. The celebrations in the Besand Road will be held in a grand way every year.

This year, 300 traders have contributed to the celebrations. As many as six Kilograms of pearls are being used as Talambrualu, for the celestial wedding. Also for these nine days, every day annadanam would take up approx for 1500 people. The massive laddo of 65 KGs, is present by Sweet Magic and it would be used as prasadam.