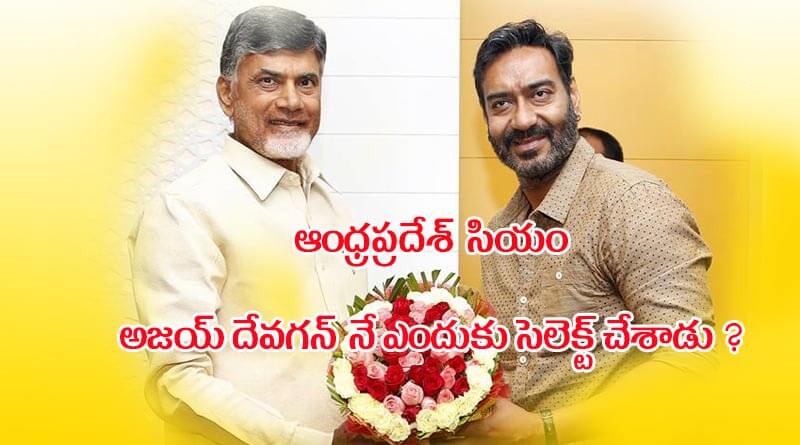 Everyone were quite surprised when they came to know that Ajay Devgan and Kajol were chosen as the brand ambassadors of Andhra Pradesh. A lot of tongues started wagging as to why Babu selected the Bollywood couple for this job. But the cat is now finally out the bag now. Various sources suggest that TDP indeed approached several Telugu stars who were born in AP to promote their state.

But as these stars have settled down in Hyderabad and have huge properties here, many of them rejected the offer as they did not want to get in the bad books of Telangana government and also be labelled as hardcore Andhra people. Even though the fact cannot be changed, several top heroes from Tollywood, sources suggest backed out of this for this sole reason. Left with no choice, Babu had to go for a couple who had a world wide appeal in the form of Ajay and Kajol.

One cannot draw any conclusions from this as Babu is too clever and might have had some plan or the other behind selecting this couple. Only time will tell whether more Telugu heroes will be selected in the future or they will stay calm as they have been doing so in the past