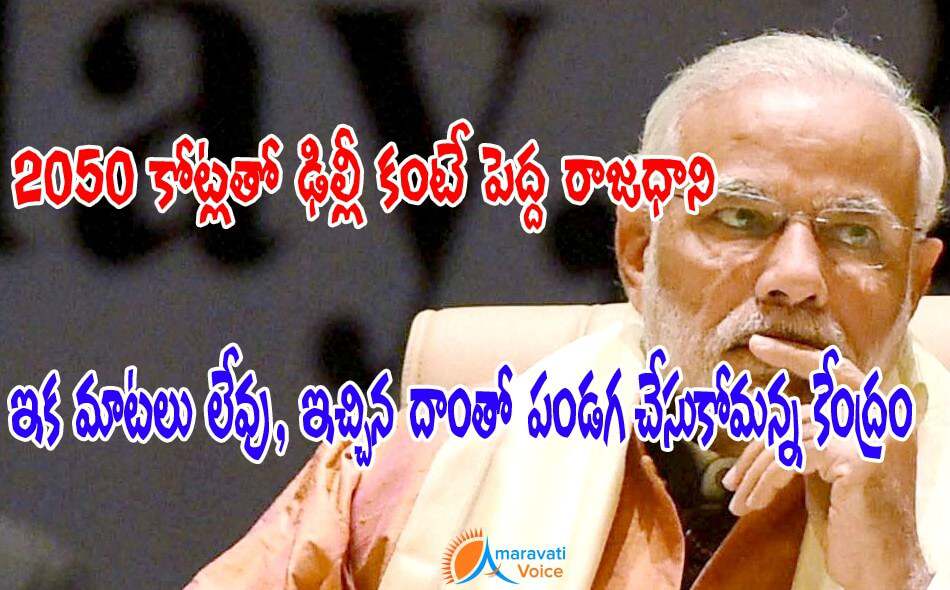 After series of shocks to Andhra Pradesh, Central Government has given a fresh jolt. Hope everybody could remember the words said by PM Narendra Modi in Tirupati that, Andhra will get a better capital than Delhi. But, the sources from Finance Ministry are saying that, they are not going to give any single paisa more to Amaravati. Till now center have given 2050 crores for Amaravati construction and finance ministry declared they are not going to give an more funds to the capital construction.

Already it has made clear there is no Special status. The only relief thing is, it has accepted to give Rs.350 cores every year to backward districts for another four years.

Political analysts are saying that, with these kind of acts from Central Government, it is going to face the music from Andhra Pradesh public