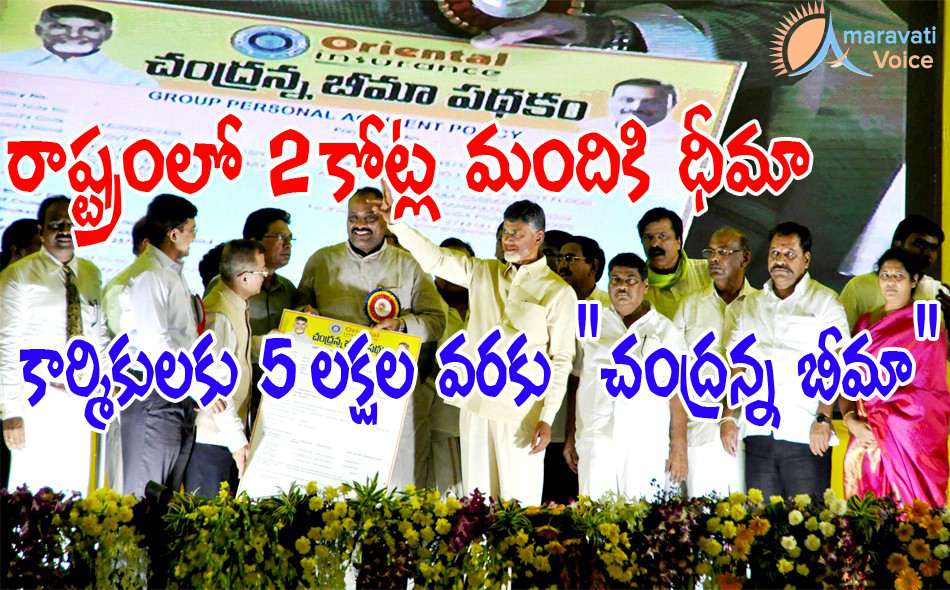 Andhra Pradesh Government has come up with a prestigious scheme, where 2 crore people out of 5 crore population in the state would be benefited. Chief Minister Chandrababu Naidu launched "Chandranna Bima" accident insurance scheme for unorganised workers aged between 17 and 70 years.

Here are the benefits of the scheme: