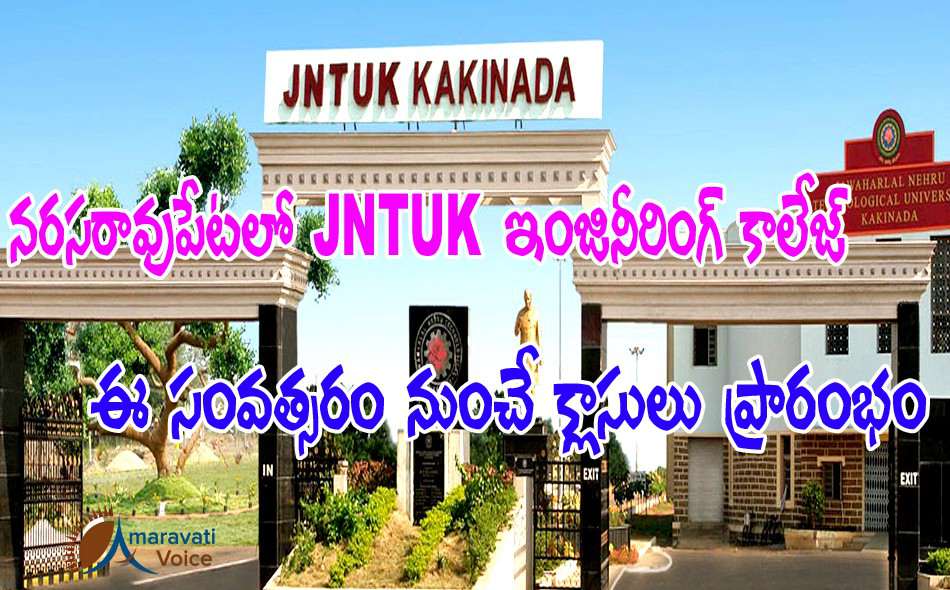 Chief Minister fulfills his promise made in Narasaraopet 100-year Fete, that an engineering college under the direct monitoring of JNTU Kakinada would be set up in Narasaropet.

Meritorious engineering aspirants from Krishna, Guntur and Prakasam districts now can pursue their engineering at JNTUK constituent college at Narasaraopet. The classes would be start from this academic year only, in a temporary campus. A total number of 300 seats will be available in Civil, Mechanical, Electrical, ECE and CSE branches.