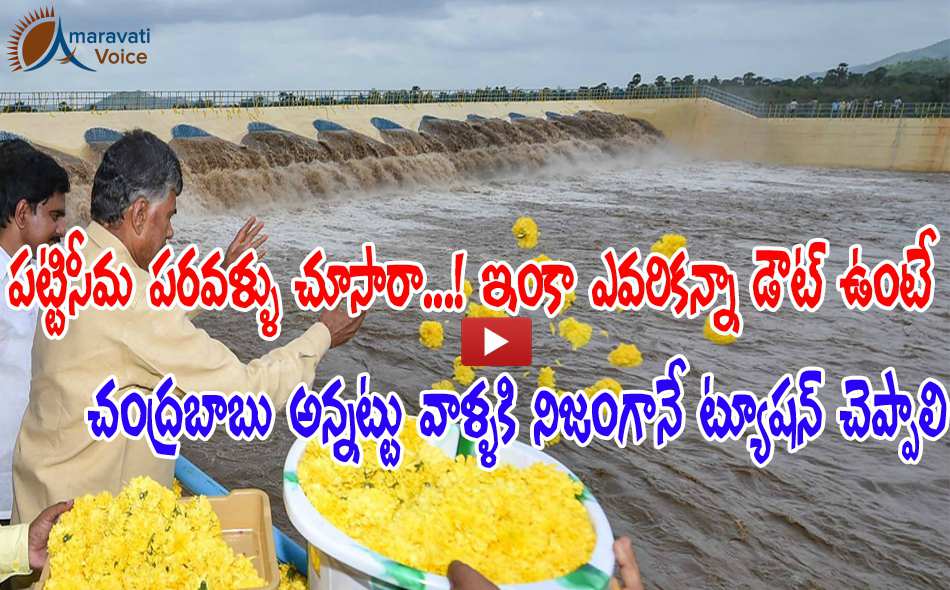 Chief Minister launched all 24 pumps and released water from Pattiseema project today and scripted a golden chapter that will be etched forever in the history of Andhra Pradesh. After completing the project in a record time of less than one year, the project is pumped flood waters from Godavari to Polavaram right main canal. This is a boon for the farmers in Krishna delta in the wake of poor inflows into Srisailam and Nagarjuna Sagar.

Hailed as the first river linking project in the South India, Pattiseema Lift Irrigation project will meet the irrigation and drinking water needs of drought-prone Rayalseema region and also bring stabilisation of ayacut under Krishna delta.

The project will lift 8000 cusecs per day and a total of 80 TMC feet water through pipeline from Godavari to Krishna river irrigate 18 lakh acres that are under cultivation.