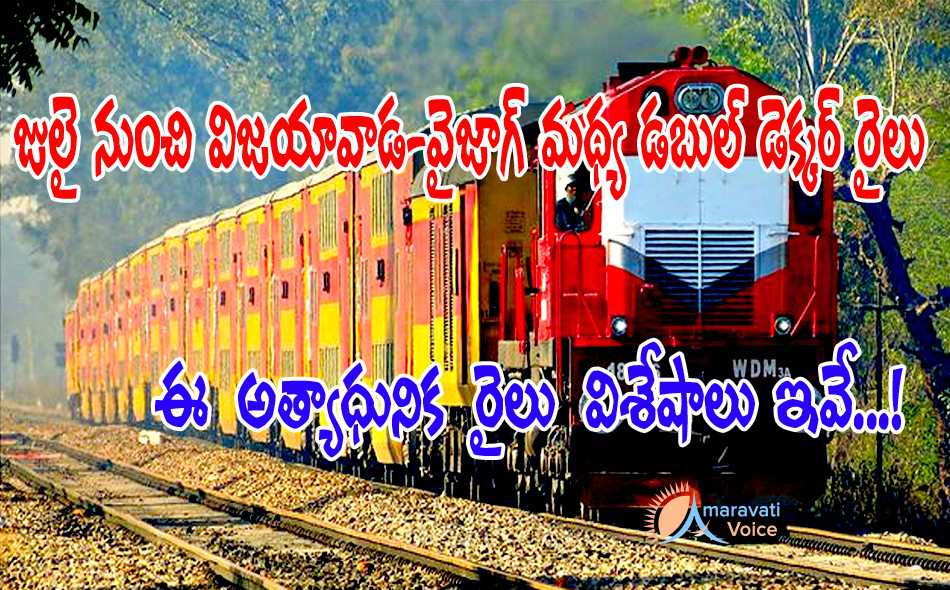 A new Double-Decker air-conditioned train from Vizag to Tirupati via Vijayawada is going to start from July 1st. The technical feasibility study has been done and the trial run of the train is completed.

Here are the features of this Double-Decker Train:

The first double-decker air conditioned train between Howrah and Dhanbad was flagged off in October 2011, and since then the service is operational between many cities across India.