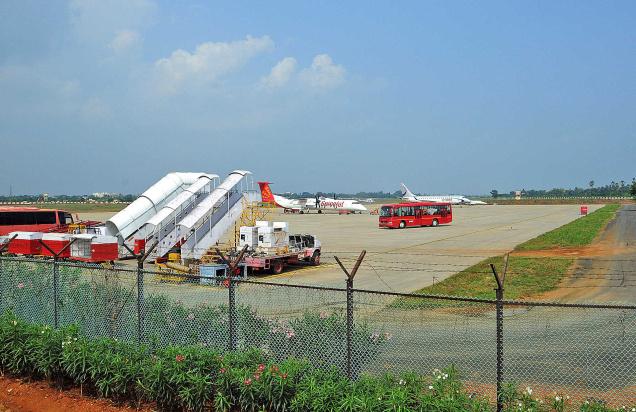 Gannavaram Airport is going to witness double traffic from next month. All the air carriers are increasing their services. The same way Airport is also getting ready with new Parking Bays, which would be ready by April First Week.

Gannavaram Airport has started its service with Kingfisher Airport in 2005. Now it is having 24 services every day and it is going to double by Pushkarams.

The flight would start at 6.50 PM at New Delhi and reach Vijayawada airport at 9.10 AM. It will depart at 9.50 PM from Vijayawada Airport and reach New Delhi at 12.00 Midnight.

This would help the flyers from Krishna, Guntur, Prakasam and Godavari Districts in the state and they need not to depend on Hyderabad Airport to catch international flights.

Alliance Air, a subsidiary of Air India, is going to start flight service between Bengaluru and Vijayawada with an ATR42-320 aircraft from April 1st.

This service will be operated five days a week from Monday to Friday and is scheduled to depart from Bengaluru at 4 PM and arrive Vijayawada Airport at 5.30 PM

The return service will depart from Vijayawada at 5.50 PM and reach Bengaluru at 7.20 PM.