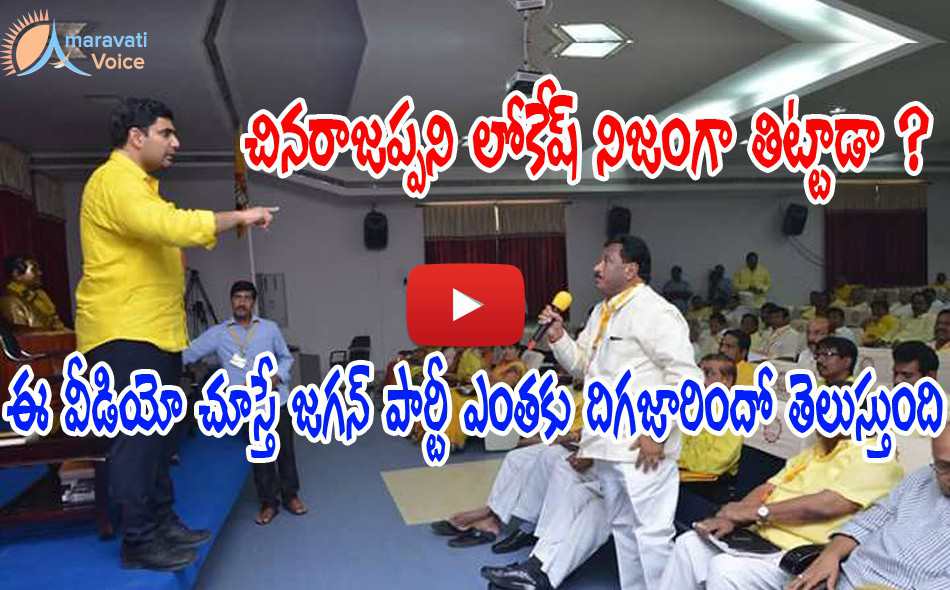 In the last two days, YSRCP party has started a false propaganda in social media, about the pic that has taken at the training session being held at K L University in Guntur. The picture where AP Deputy CM Nimmakayala Chinarajappa and Nara Lokesh are interacting has been publisized in a wrong manner by YSCRP.

Even the senior leaders like Botsa mocked the picture. But here is the truth. It is the discussion going on for "One Member - One Position" in the party. In this discussion Chinarajappa, has suggested something and Lokesh has agreed that Chinna Rajappa garu has given a good suggestion and said that we need to change our rules accordingly.

Here is the video and the common people should decide what’s the truth is.

+1 #2 Ravi K Arige 2016-10-09 15:49
Jagan has no work. Idle man's brain is devil work shop. He is waiting for 2019 elections. After that he will vanish provided his legal cases do not take a bad turn.
Quote
-1 #1 Sitharam 2016-10-08 14:29
This is a clear example of YSRCP goons brankrupt ideas. Hope AP people give a clear mandate & not elect even a single YSRCP candidate in next elections
Quote
Refresh comments list
RSS feed for comments to this post