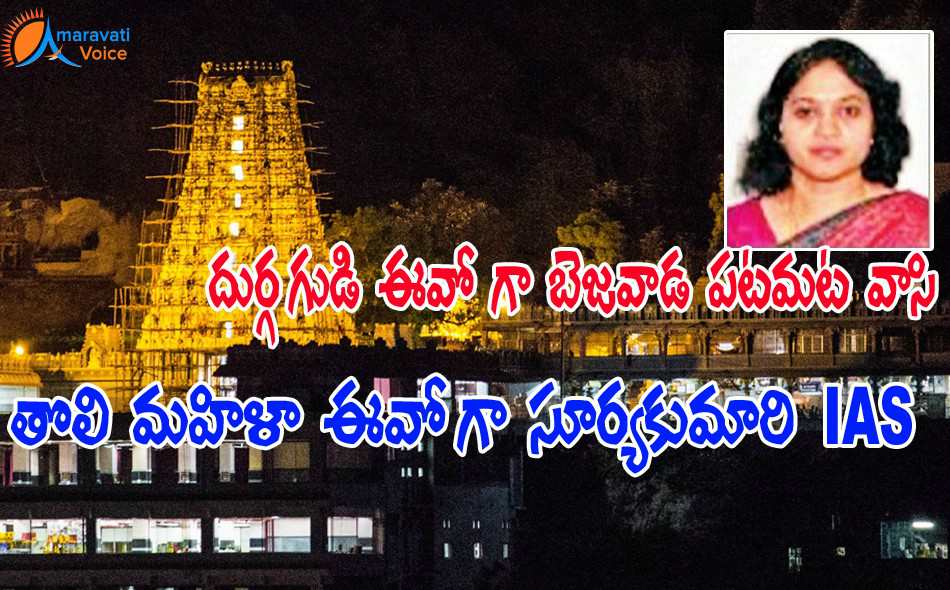 In a significant step to streamline the administration of the Sri Durga Malleswara Swamy Varla Devasthanam in Indrakeeladri in Vijayawada, the Andhra Pradesh Government has for the first time appointed an IAS officer as the temple's Executive Officer (EO).

In a minor reshuffle of bureaucrats today, the Government today posted A Surya Kumari, a promotee IAS officer of 2008 batch, as the Durga Devasthanam EO. She is the first ever women EO for Durga Temple. As the Krishna Pushkaralu are round the corner and huge number of devotees are expected to take darshan of Durga Mata, government has taken up this decision. Surya Kumari has work experience as special grade EO in Tirumala Tirupati Devasthanam.

Surya Kumari is also a citizen of Vijayawada. She has his own house in Patamata. She has studied in Maris Stella College.