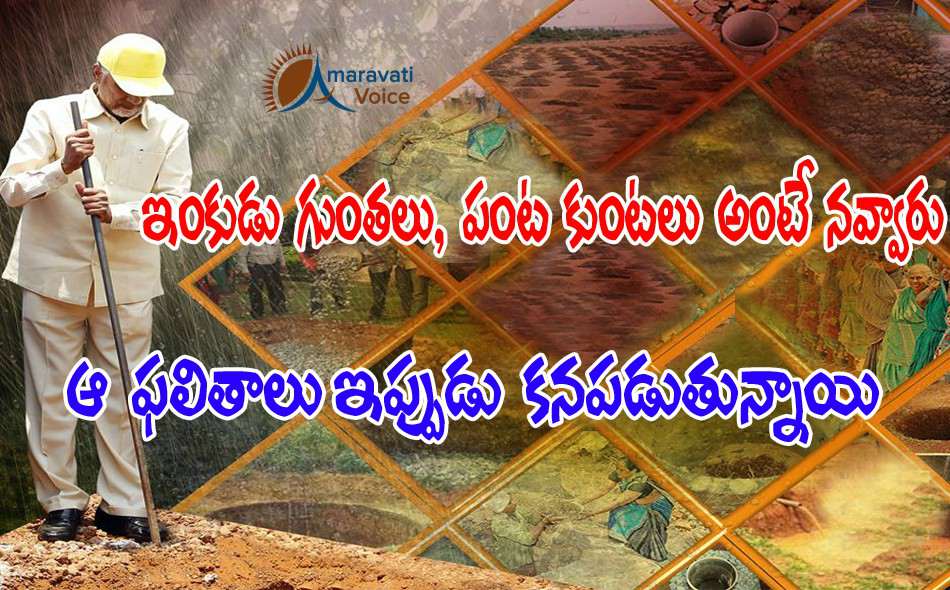 With the Government of AP taking up water conservation, construction of rain water harvesting pits, desilting and dredging through Neeru-Pragati and Panta Sanjeevani along with a good monsoon blessing the State, the ground water levels in the state have increased.

Through Desilting and dredging, the government has been able to increase water storage by 6.6 TMC and have been able to bring 68,095 acres under ayacut.

Rain water harvesting program across the state has helped increase the storage of water by 7.70 TMC. Under Panta Sanjeevani, 1,14,882 water storage pits were dug up and several thousands of acres of farm land has been brought under ayacut.