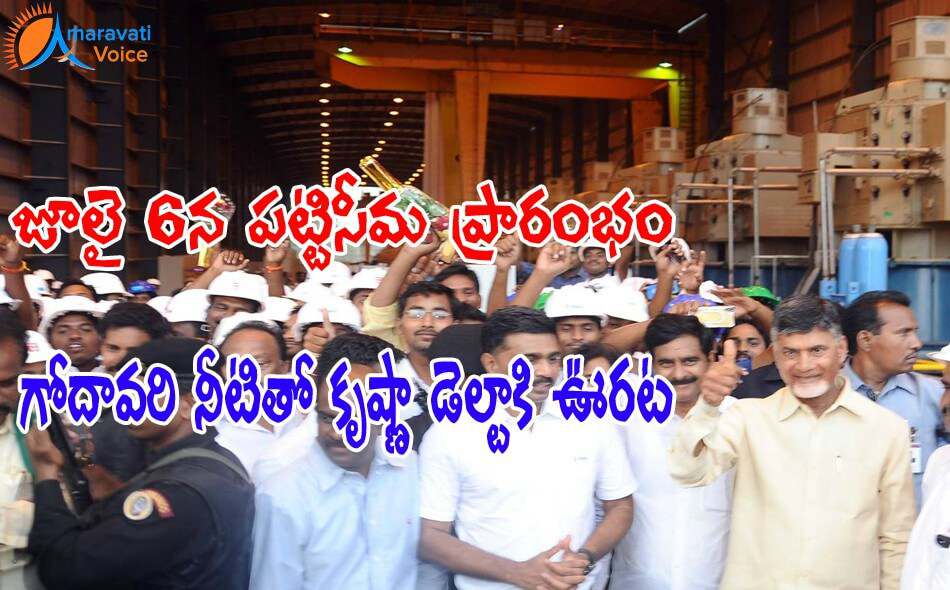 Andhra Pradesh Chief Minister Chandrababu Naidu in his press conference at Vijayawada said that, Pattiseema would start from July 6th and the excess Godavari water will be diverted to Krishna Delta through Pattiseema.

Pattiseema is a project which Andhra Pradesh State government has taken up for integration of two major rivers Godavari and Krishna and has finished the project in a record time. Pattiseema project will bring the 80 TMC water to River Krishna. Twenty-four 6,300 horse power motors and another 24 numbers of 5,300 horse power with the capacity to lift 8,500 cusecs were commissioned.

Farmers in Krishna Delta are waiting for Pattiseema water to be released into the Krishna Western Delta region, so that they can take up cultivation.