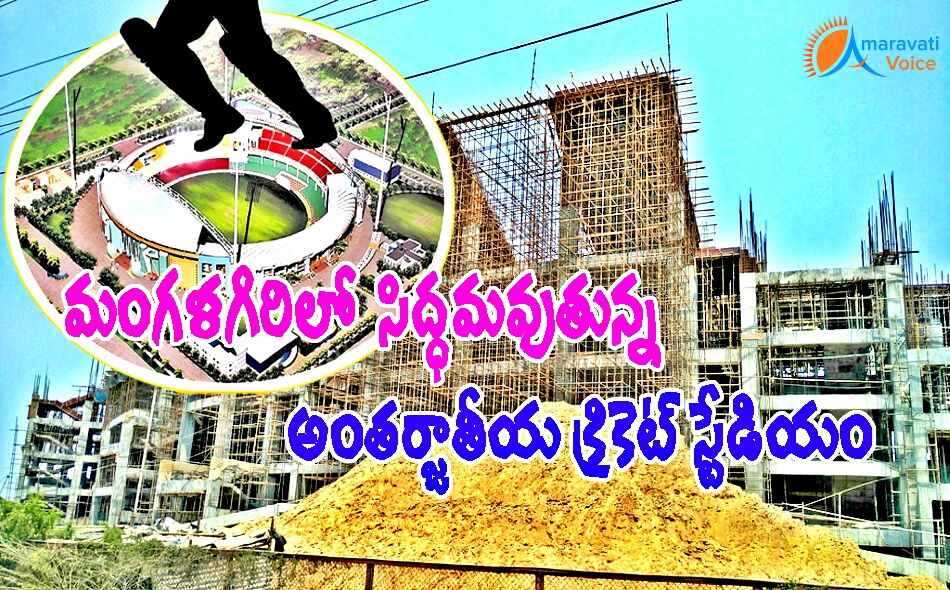 The first International Cricket Stadium at Amaravati Region is coming up in Mangalagiri and is getting ready at a brisk pace. If everything goes according to the plans, the stadium would be ready by early 2017. Already the indoor stadium is built at an estimated cost of Rs. 2.5 crore. The indoor stadium has eight wickets with all facilities including video recording, bowling machines, flood lights and professional coaches

Below are the features of the stadium: