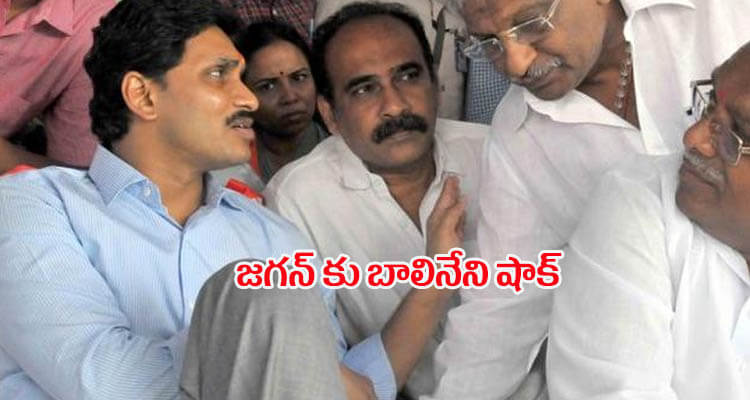 Former Minister Balineni Srinivas Reddy is planning to going ruling TDP in the near future with Few MLA's. As per inside sources to be believed, Balineni will be taking four YCP MLAs from Prakasam district into Telugu Desam. Giddalur MLA Ashok Reddy, Addanki MLA Gottipati Ravikumar, Kandukuru MLA Rama Rao and Santanuthalapadu MLA Suresh have been in touch with TDP Leadership. After defeat in 2014 Polls, Balineni aspired for MLC Seat but Jagan preferred Pilli Subhash Chandra Bose for the post. Ever since then, Balineni wasn't playing active role in party affairs. Already, Erragondapalem MLA David Raju who is from the same district shifted loyalties to TDP. If the above mentioned MLAs leave YCP, Jagan will have to deal with the biggest crisis ever and YCP will have zero number in Prakasam