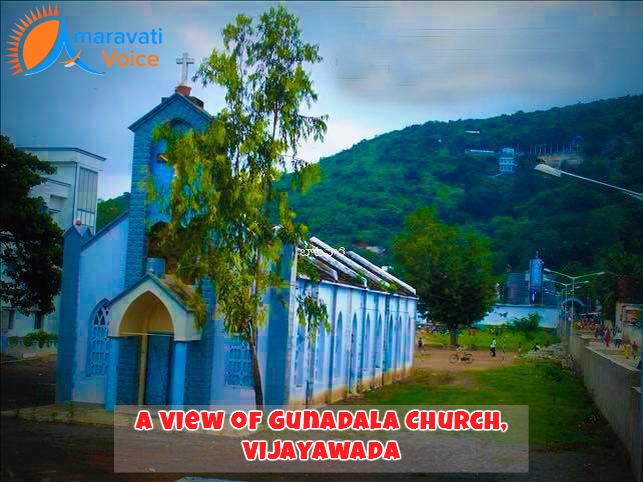 Summary: It is not essential that you should be a Christian to visit this holy shrine. During your Vijayawada visit plan your visit to get the blessings of the Holy Mother Mary.

Gunadala Matha Shrine, which is otherwise called as Mary Matha Shrine or St. Mary’s Church is located in the hilly region called Gunadala in the Krishna District, Vijayawada. This is why when you are gathering details about the attractions in and around Vijayawada, you are sure to get this place on the list. Are you wondering about the rare thing that clearly shows the uniqueness of this shrine? Yes, it is the iron cross that is erected atop the hill that shows the uniqueness of this holy spot.

Not just the holy shrine of Mary Matha, but also the museum located within the church premises is yet another attraction for visitors of this spot. This museum has the collection of valuable gifts from the followers and it also showcases the holy remnants of ancient period. 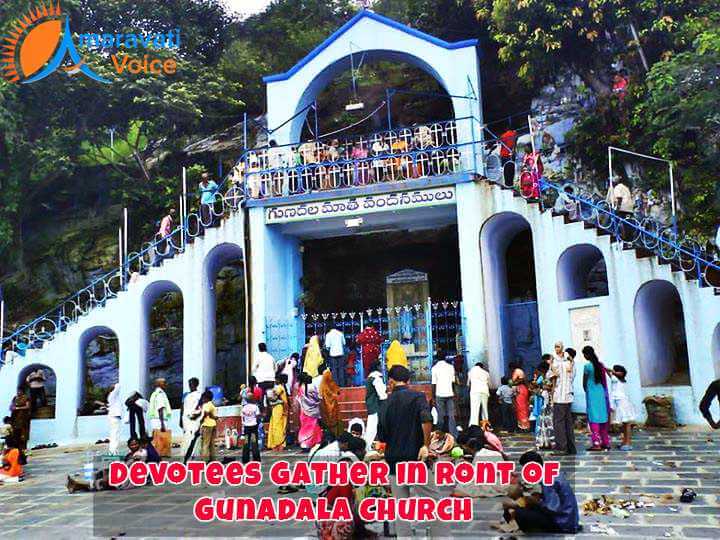 History of the church:

The operations of the church actually are known to have started in the year 1923. This was the year in which the messenger named Pezzoni from the Pontifical Institute of Foreign Missions acquired 25 acres of land from the government for construction of an orphanage and school to help the needy children. The orphanage was named St. Joseph’s Orphanage was set up in Gunadala. Then, in the year 1925, Father Arlati, who was the then Principal for the orphanage, constructed a very small footpath midway up the hill and positioned the statue of Mary Matha over there. Subsequently, the father built a church in the year 1971, prior to which the children in the orphanage and the local residents were worshipping the shrine of the holy mother. The father set the shrine of the mother because it is believed that the mother herself visited this spot on the 11th of February 1858. This is why, every year, the Gunadala Matha Festival is celebrated to mark the occasion from the 9th of February to the 11th of February. 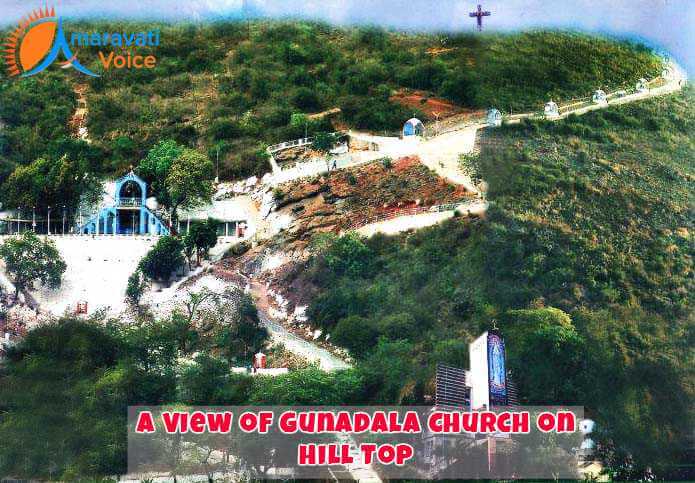 What is significant about the church?

This sacred church is known to offer child to childless couples and people follow the practice of miniatures of ailed human organs to the shrine after they get well from an ailment in the particular organ. When talking about offerings, flowers and coconuts are the most popular offerings. Even, like in some Hindu temples, people also forgive their hair for satisfying their prayers. Also, the mother is notified as ‘mother of good health’ as she has cured many people from the illnesses with which they reach her for relief. 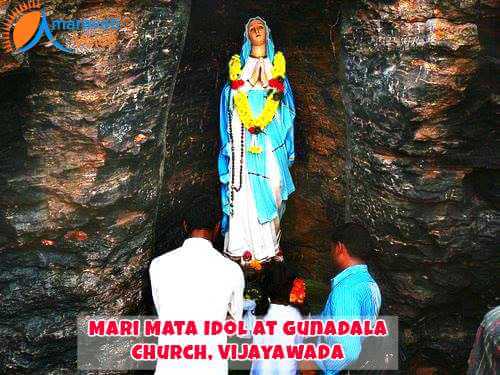 About the annual festival:

As mentioned earlier, annual festival at Gunadala Matha shrine begins on the 9th of February every year until the 11th February. Every year, people from different religions throng this place during this festival and reports state that nearly 10 lakh people visit this shrine during this festive season. Not just Indians, some foreigners also visit the festival. 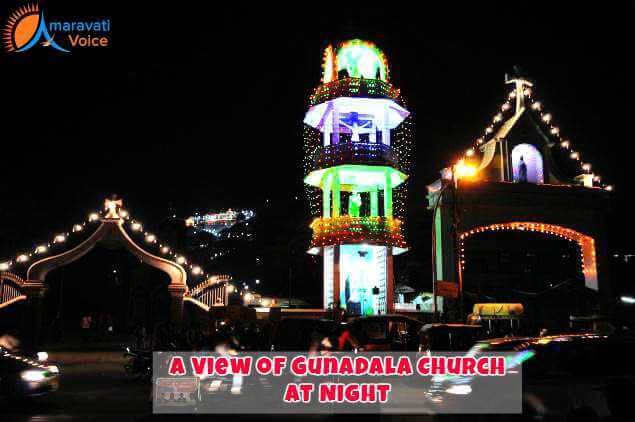 Distance from Vijayawada Airport and Railway Station:
The Gunadala Matha Shrine is located at a distance of about 15 kms from the airport and about 6 kms from the Vijayawada Railway Station. In addition, it is also located close to other attractions in Vijayawada like Kanaka Durga Temple, Undavalli Caves, Prakasam Barrage and Moghalrajpuram caves, at a distance of about 5, 8, 5.5 and 3 kms respectively. The church is open from 10am to 5pm on all days. 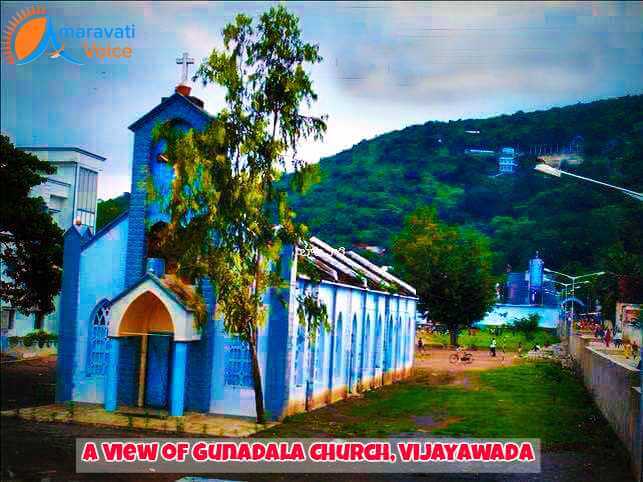