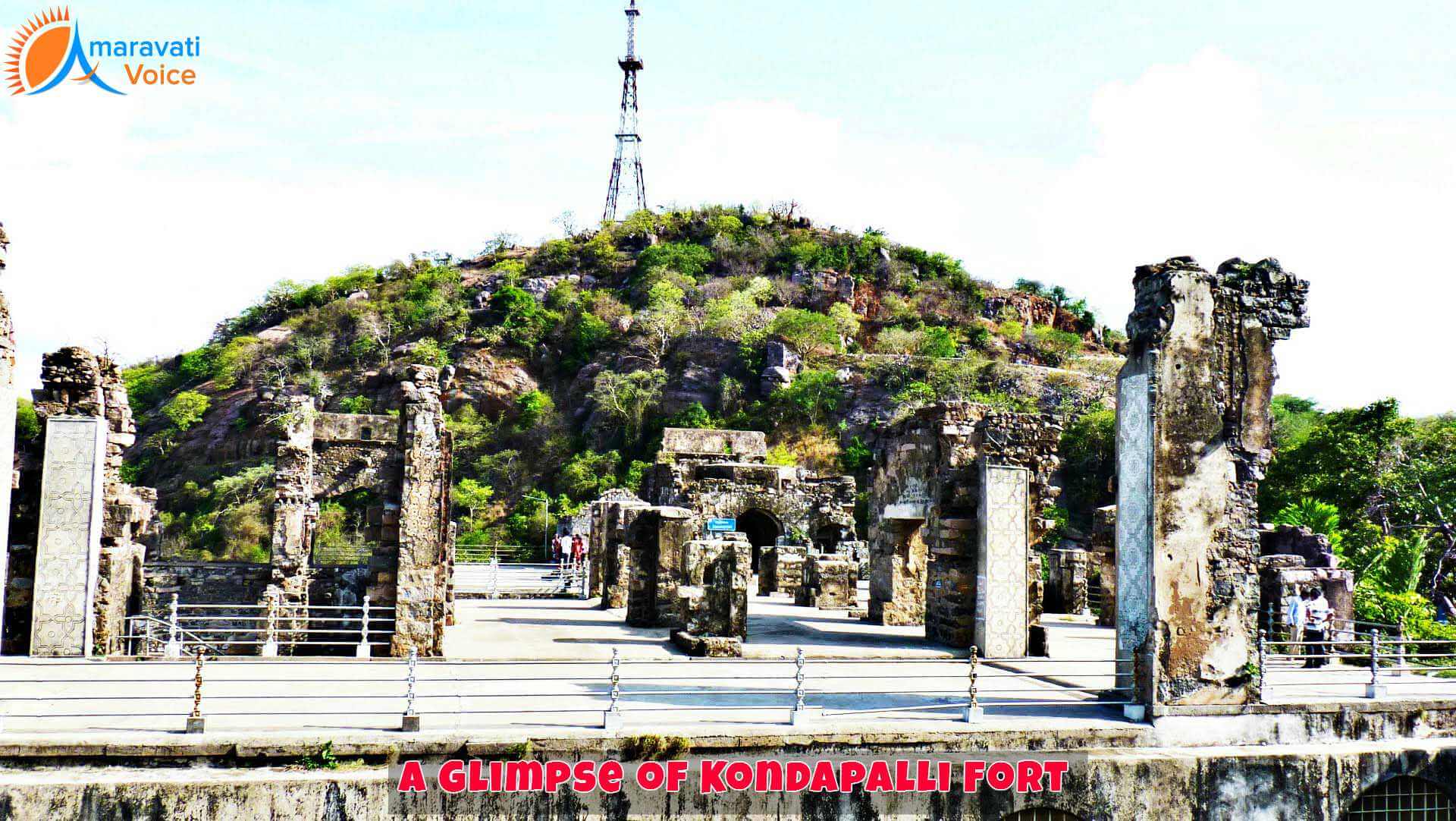 Summary: When exploring the different attractions in Vijayawada, you should not forget to visit the fort that was used as the military training base during British Rule.

On your interest towards exploring different attractions in and around Vijayawada, the place called Kondapalli Fort is a tourist attraction to visit. This place is called by the local people as Kondapalli Kota and it is actually situated in the Krishna District, near Vijayawada. This is the historic fort on the Eastern Ghats situated on the west side of the Kondapalli Village. It was constructed by the Reddy ruler of Kondaveedu during the 14th century. It was initially used as a business centre and pleasure place along with Kondaveedu Fort that is located in the Guntur District of the state of Andhra Pradesh. During the later years under British Rule, it was used by the British government as the military protection ground and it is believed that the British placed a robust force of military people in this fort. 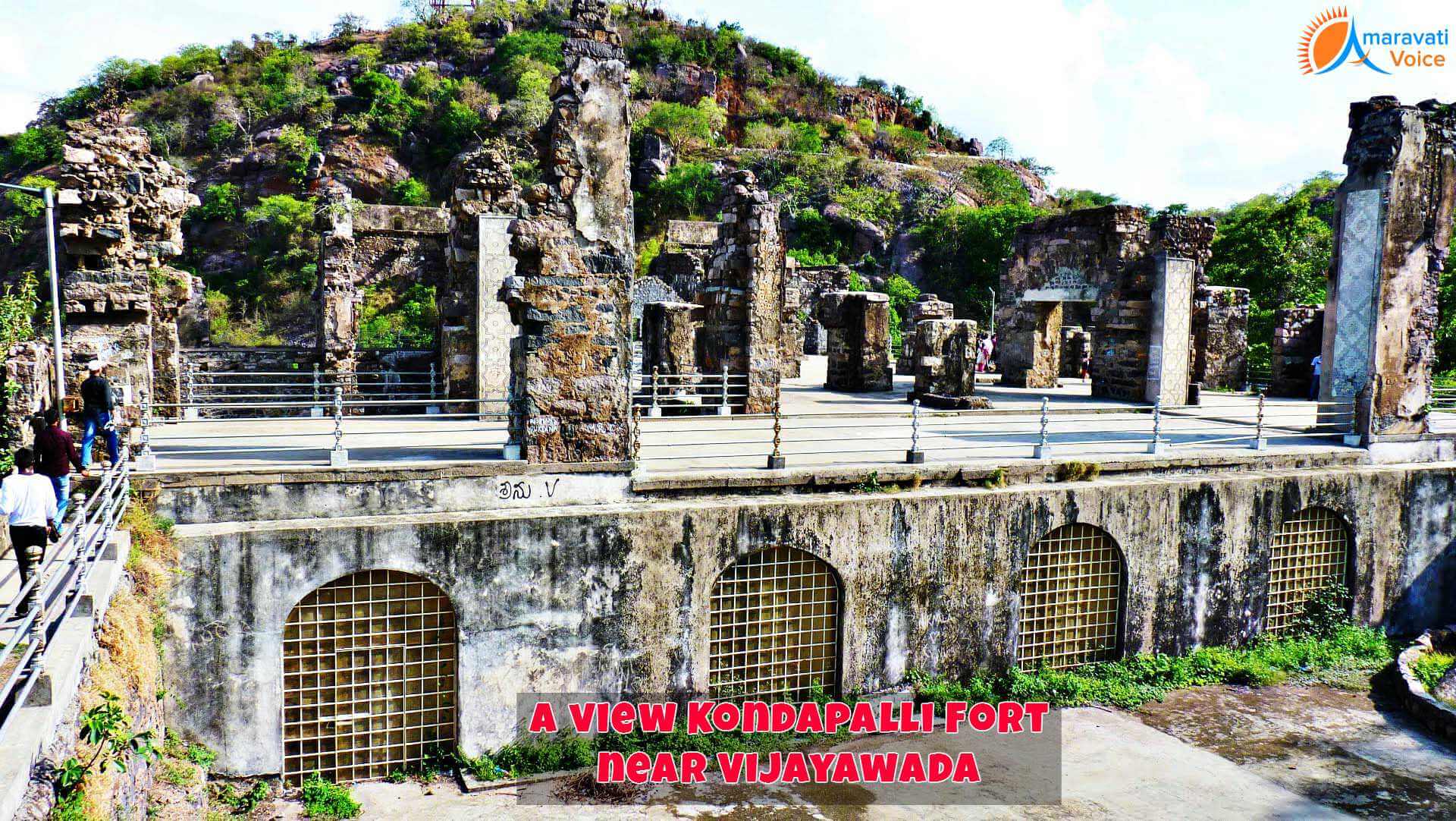 Another attraction:
Not just the fort that attracts tourists from different parts of the country and world, but another important tourist attraction in Kondapalli is the colourful Kondapalli toys. These toys are actually made by the local artisans and the special feature about these toys is that they are made out of light white wood. The lively painted toys inclusive of figures of gods and goddesses apart from the images of humans and animals are attractively made by the local artisans. 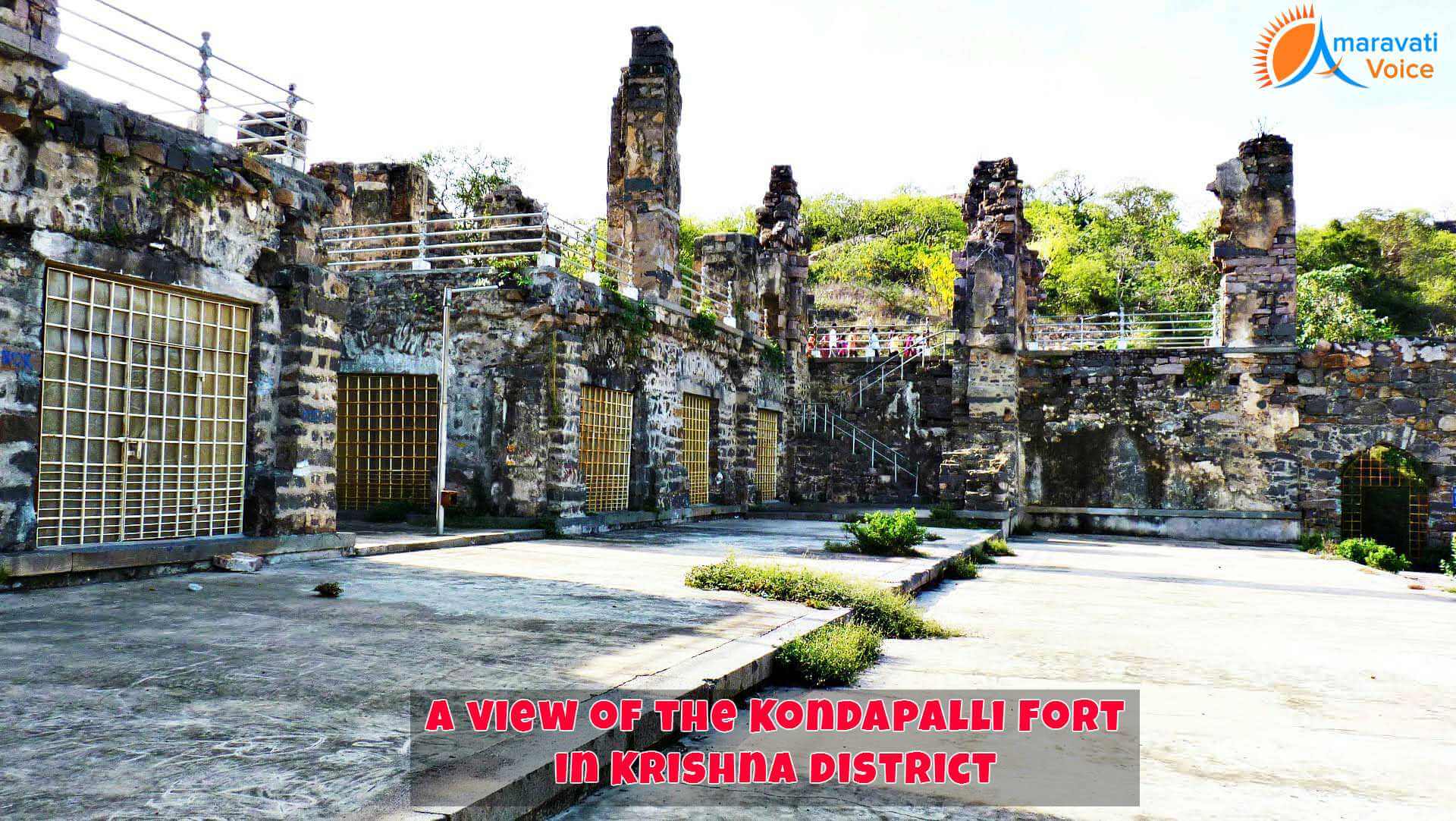 History:
This fort was constructed in the year 1360 by the Reddy Dynasty kings of Kondaveedu. But, later, it acted as the playhouse for many wars between the British and Indian rulers from southern and northern India. In the year 1541, this fort and its region was captured by the Muhammadans.

For sometimes, it was under the pursuit of the Bahmani Kingdom, then it came to the hands of the Gajpati rulers of Orissa followed by Vijayanagara dynasty king Krishnadevaraya. Then, it came to Islam rulers of the Qutubshahi Dynasty during the 16th century. 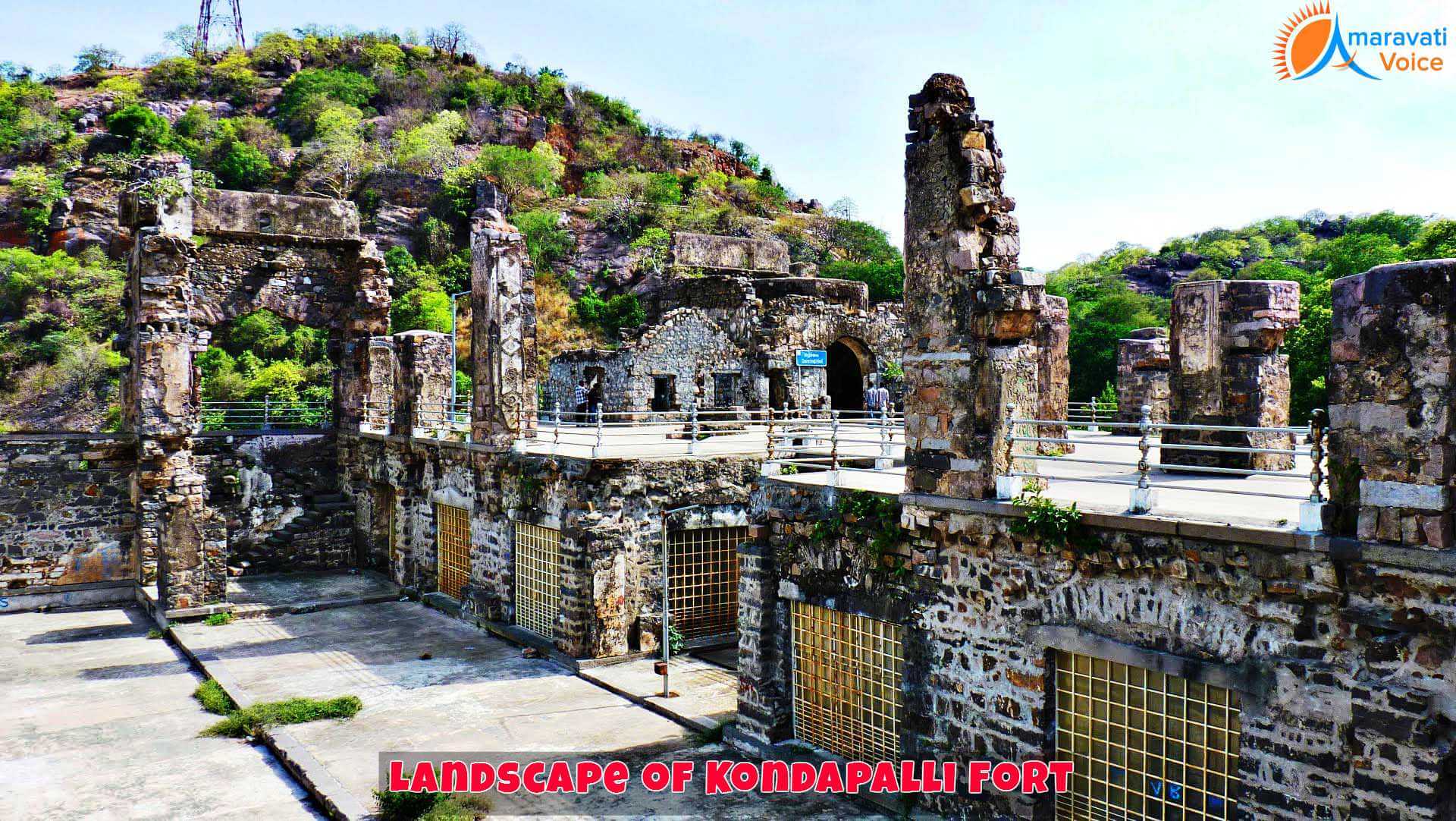 What is the actual story?

During this period, this place was under the Ghaapati Kapilendra Deva rule. This king had two sons and one of his sons named Hamvira is known to have fought against the Reddys under whose possession the Kondapalli Fort was functioning during that time. By marking a win over the Reddys, Hamvira occupied the entire Kondaveedu Territory by the year 1454. But, Hamvira had to fight against his own brother Purushottam, who was highly intentional to hold the throne of Orissa. Purushottam sought the help of Bahmany Sultan to fight against his own brother and succeeded him and occupied the throne of Orissa Kingdom after the death of his father in 1472. But, as they helped the Bahmany Sultan demanded the Rajahmundry and Kondapalli to their control, which happened in the year 1476. But, it is stated that there was a famine in Kondapalli under the Bahmany rule. However, Bahmany Kingdom managed to hold the fort under their control.

From the Bahmany Sultan III, Purushottam wanted to get back Rajahmundry and Kondapalli. But, with this intention, when he constructed a blockage over Rajahmundry, for some unknown reasons, he signed a peace agreement with the Sultan and this resulted in the souring of relationship between Bahmany and the Vijayanagara Dynasty. This resulted in small battles. The rule of the Sultan dynasty passed away in the year 1481 and this created disarray in the dynasty and Purushottam took advantage of the situation and won the son of Bahmany Sultan and took over Kondapalli and Rajahmundry. After the death of Purushottam in the year 1497, the fort continued to be under the control of his son, who became the ruler of the dynasty.

In the year 1509, Gajapati Prataprudra Deva, the son of Purushottam began a war against the king Krishnadeveraya of the Vijayanagara dynasty and during the same time, Gajapati had to defend his kingdom from the attack of the Sultan Allaudin Hussan Shah, who came from Bengal. Krishnadevaraya rightly used this situation to win over the Kondapalli and occupied the fort in the year 1515. Once again, this ruler defeated the Orissa ruler and got complete control over Kondapalli and Kondaveedu. Then, he married the daughter of Gajapati Prataprudra Deva, during which he entered into an agreement to handover the southern boundary of the Krishna River to Orissa, which included Kondapalli.

But, after the agreement with Krishnadevaraya, Gajapati Prataprudra Deva had to protect his territory against the invasion of Sultan Quli Qutal, who was then the king of Golkonda Dynasty. But, he lost and Kondapalli came under the rule of the Sultan of Golkonda.

During the 17th Century, the area came under the rule of the Mughal Emperor and after the breakdown of this emperor in the 18th century, Nizam-Ul-Mulk, who later became the Nizam of Hyderabad announced freedom and took control over the entire area. Then, a treaty was signed between the Nizam and the British that they will use the Fort under the Nizam rule for an annual cost of 90,000 pounds and it will be used for Military purpose. However, it was initially used as Business Center and when the British took complete control of the Fort, it was used as a military training base.

Structure of the Fort:

There are three successive entry gates in this Fort and the main entrance is called as the Dargha Darwaja. The great thing about this entrance is that it is built with a single block of granite. It is standing tall at 15 feet height. Apart from this entrance, there is another entrance called Golconda Darwaza on the other side of the hill and this gate leads to the Jaggaiahpet village. 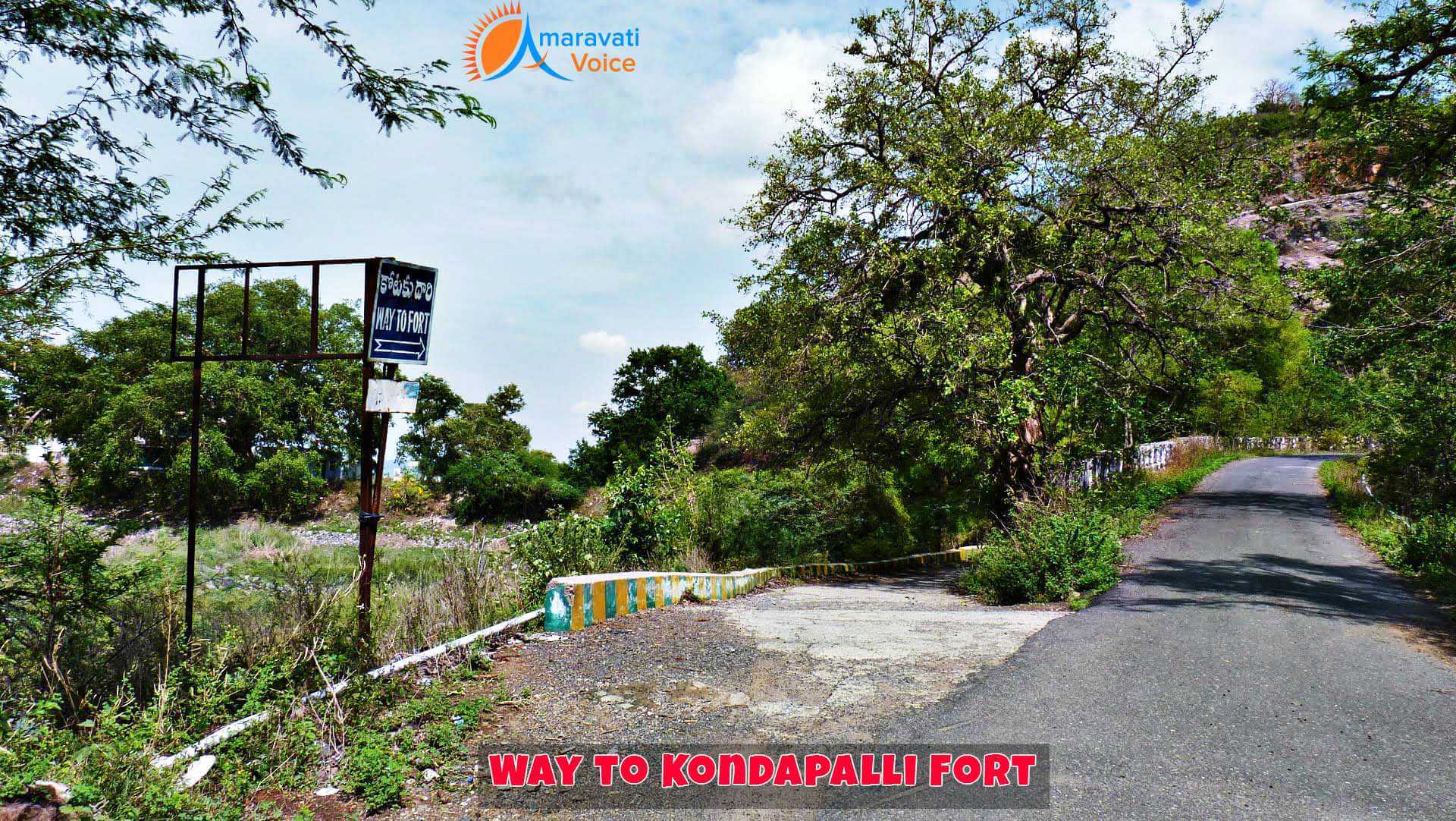 This Fort has seen many dynasties and now it is open for the tourists. So, plan your visit to this place to get a view of the remains of the great dynasties.