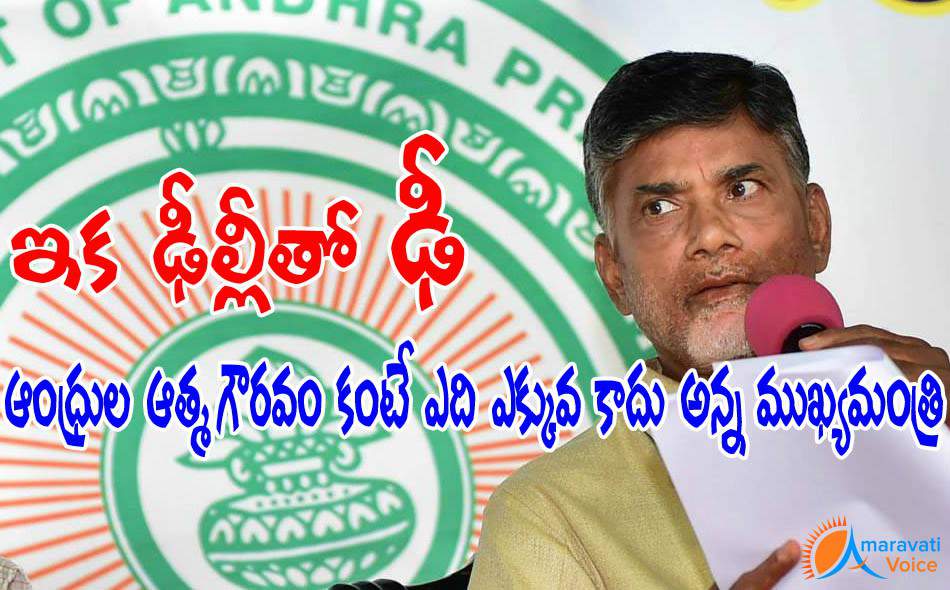 Andhra Pradesh Chief Minister Chandrababu Naidu is totally dis-satisfied over the response of Arun Jaitley in Rajya Sabha. CM even said that, Andhra Pradesh Self Respect is important for him, and he would not even hesitate to come out of NDA if required.

Chief Minister N. Chandrababu Naidu has called a meeting of party MPs and senior leaders in Vijayawada on Sunday. The meeting will discuss future course of action to bring pressure on the central government.