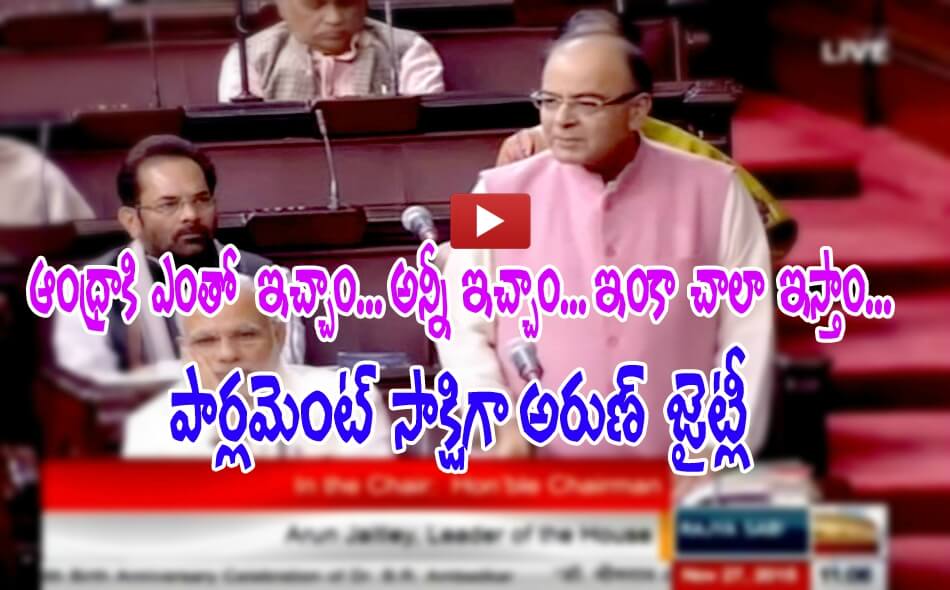 Arun Jaitley Statement on Andhra Pradesh Special Status in Parliament Disappoints Andhra People. He repeated the same story saying that government has helped Andhra Pradesh in all the best possible ways. He has listed out all the promises, allocations made to Andhra Pradesh. Mr.Jaitley also told they would continue to help Andhra Pradesh.

But, in his speech he did not mentioned anywhere about special status to Andhra Pradesh, which every body in the Andhra Pradesh is waiting for.