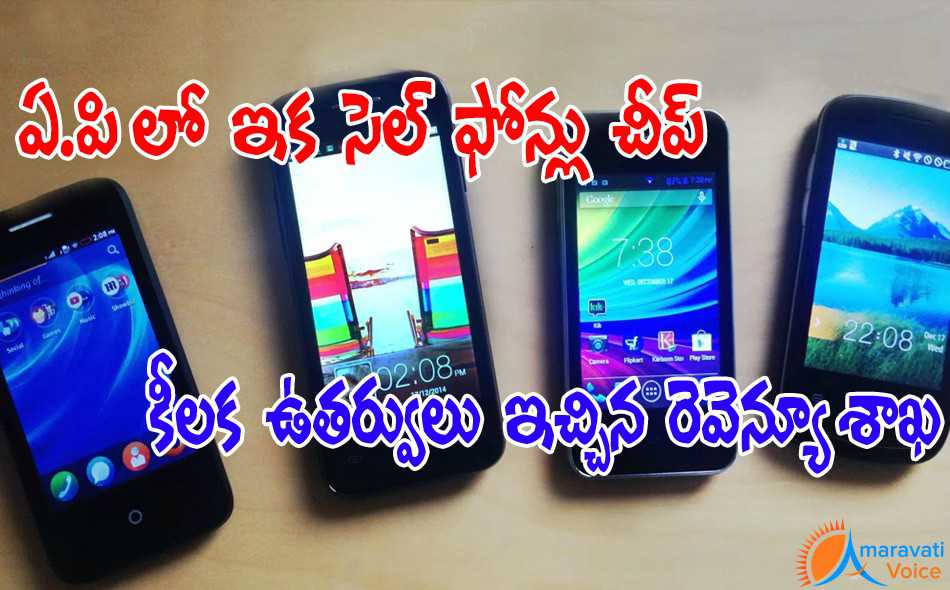 With the decrease in VAT on sale of cellphones in Andhra Pradesh, from 14.5 per cent to 5 per cent, Cellphones costs are going to reduce drastically and avail to costumers in a cheap price. As the neighouring state of Telangana, Karnataka, are having only 5% VAT on cellphones, compared to Andhra Pradesh 14.5%, costumers are buying the phones from those states. This led to grey market operations where phones were sold without bills and at discounted prices. Commercial Tax officials stated that they had noticed a few cases of sellers buying phones from nearby states and selling them at a higher price in Andhra Pradesh.

According to officials of the department, the revenue generated from tax on cellphones is nearly Rs 250 crore annually. Higher VAT also meant people in urban areas preferred online shopping than buying from a local shop. Most of the e-commerce sites charge 5 per cent VAT on mobiles. Discount offers are also a big factor in people giving a big thumbs-up for online shopping.

Because of all these things, though the revenue for the government would be decreased, to help the middle class, government has reduced the VAT to 5%. The VAT is reduced, Not only on cell phones, but also charges and phone batteries.

0 #1 ASHOK KUMAR ARVAPALL 2016-07-13 16:36
The vat is decreased so plzzzz cell phones should not be increasing.
Quote
Refresh comments list
RSS feed for comments to this post