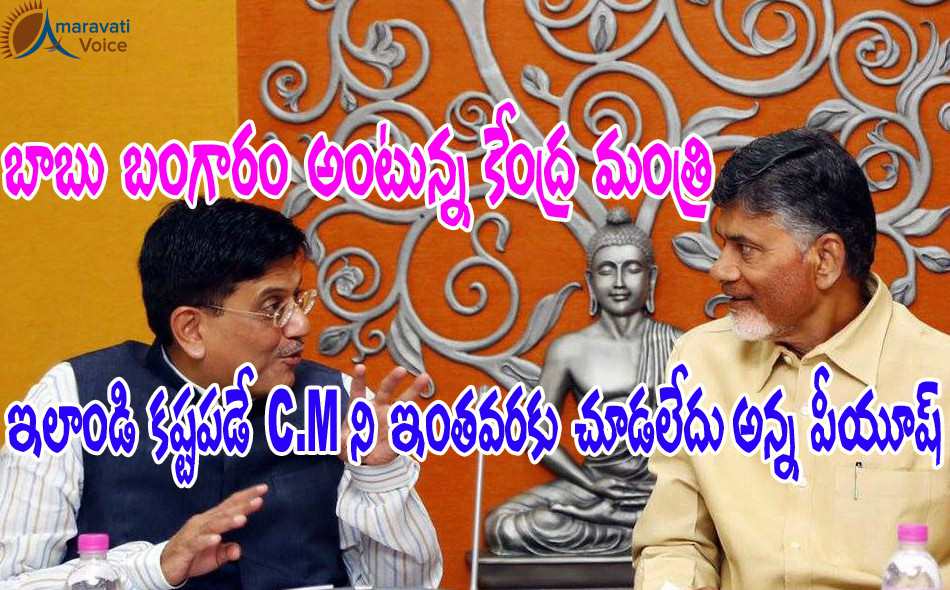 Piyush Goyal told that immediately after he took charge as Power Minister, Chandrababu Naidu has met him on the next day and submitted a report, with what he wants to his state. None of the Chief Ministers of Southern States show interest in meeting Me. Piyush Goyal also told that, Within an year, AP became a state with excess power, only because of Mr.Naidus' initiatives.

'I haven't seen a Chief Minister like Chandrababu Naidu so far. He doesn't relax until the mission taken up by him gets accomplished,' said Piyush Goyal