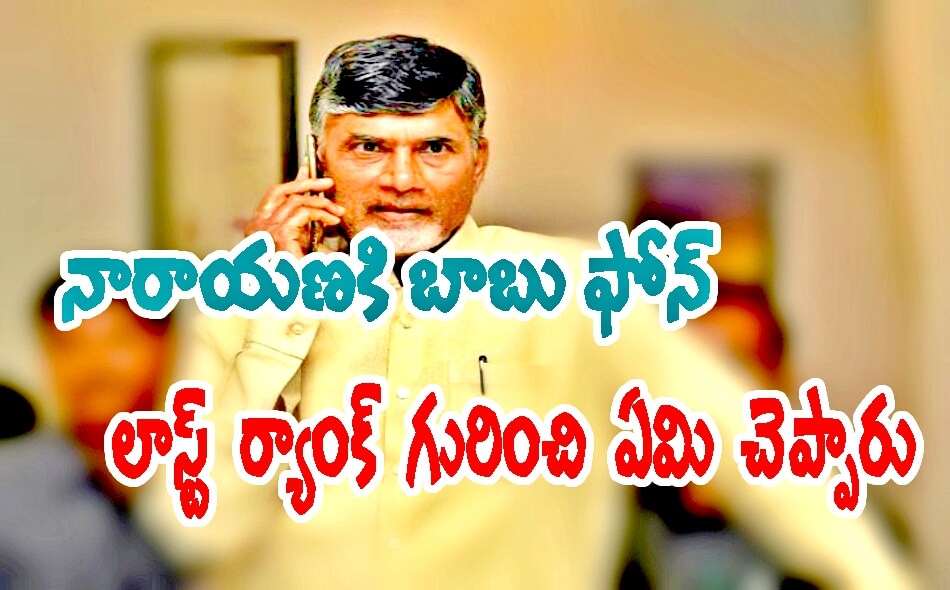 It is know that, CM has announced the rankings for the ministers in the last cabinet meeting held at Vijayawada. In this, Minister Narayana has got last rank and this surprised everybody. Narayana is known for his hard working nature and he is the backbone behind the land pooling behind the land pooling in Amaravati. He is the one taking care of the capital construction also. But is surprised many and even Narayana why he has got last rank.

The rankings are given based on the district tours, responding to media news, and results on their own department. If the minister is in-charge of any district, his work on this role is also considered.

On this regard, Chief Minister yesterday has Called Narayana and Talked About his Last Rank in the Rankings given. At that time Narayana is inspecting the temporary secretariat constructions works in Velagapudi. Chief Minister conveyed to Narayana that, "Don’t bother about these rankings. I knew you are the best hardworking minister in my team. These are not as per the norms which i have given and something has gone wrong. I would again do the survey perfectly". Chief Minister further said that, he himself is shocked with the results and he has asked not to leak the survey to the media. But somehow it came out and CM also asked to enquire how this came out.

Narayana also have responded positively and said that he would not bother more and if so he has got the last rank, he would work hard and improve his rankings in the next survey. Let’s see, where this issue goes.

Chief Minister Ringsup Narayana and Talked About his Last Rank in the Rankings Last Updated: 21 April 2016