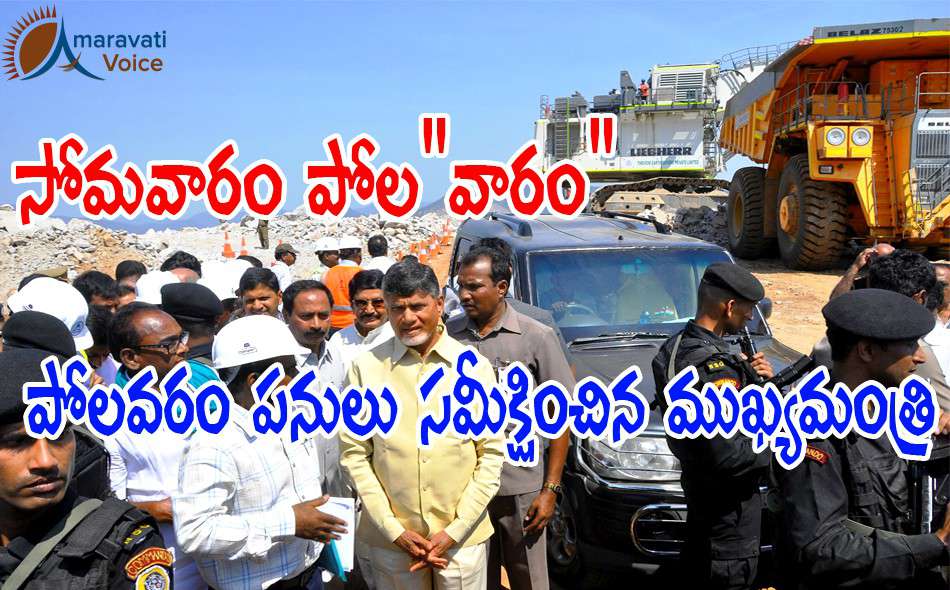 Chief Minister also has held a review meeting at the contract agency office. In View of the Chief Minister's tour to Polavaram area, the Superintendent of Police Bhaskar Bhushan and other higher officials already visited the site area and reviewed the security arrangements. The police party searched the forest area, as it is nearer to the extremists-prone Chhattisgarh and Khammam districts.

Meanwhile, following the Chief Minister's tour to the Polavaram, the contract agency increased the pace of Works.