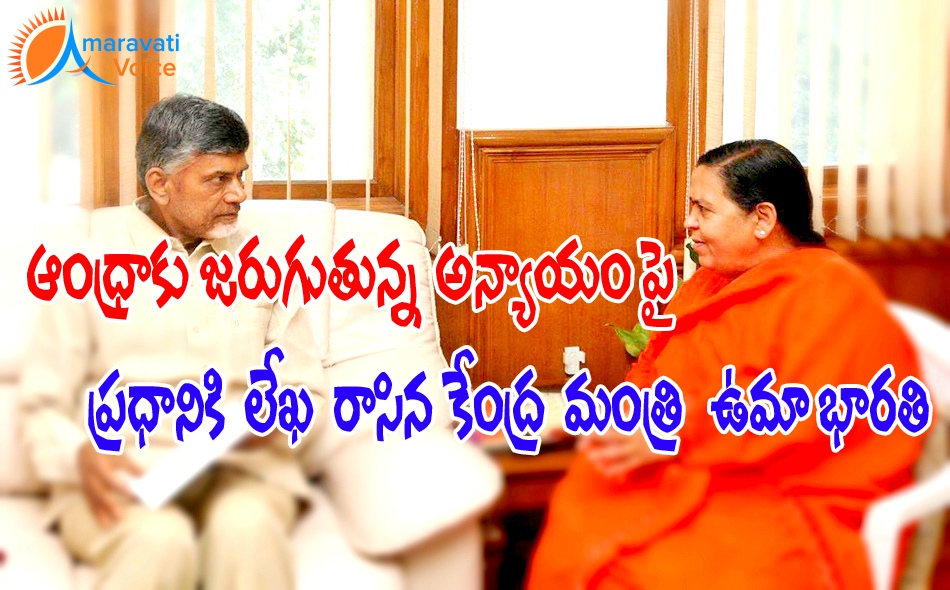 But Uma Bharati replied on this to Prime Minister saying that, this is not a good sign and it is against the Andhra Pradesh Reorganization Act. According to the Act, Polavaram is a National Project and 100% of Polavaram expenses should be borne by Central Government only. All the expenses which are incurred by state government after April 1st 2014, should be reimbursed to the state government. She has asked Narendra Modi, to release the 100% amount.

Uma Bharati Writes to PM Modi on the Injustice Done to AP on Polavaram Last Updated: 03 May 2016