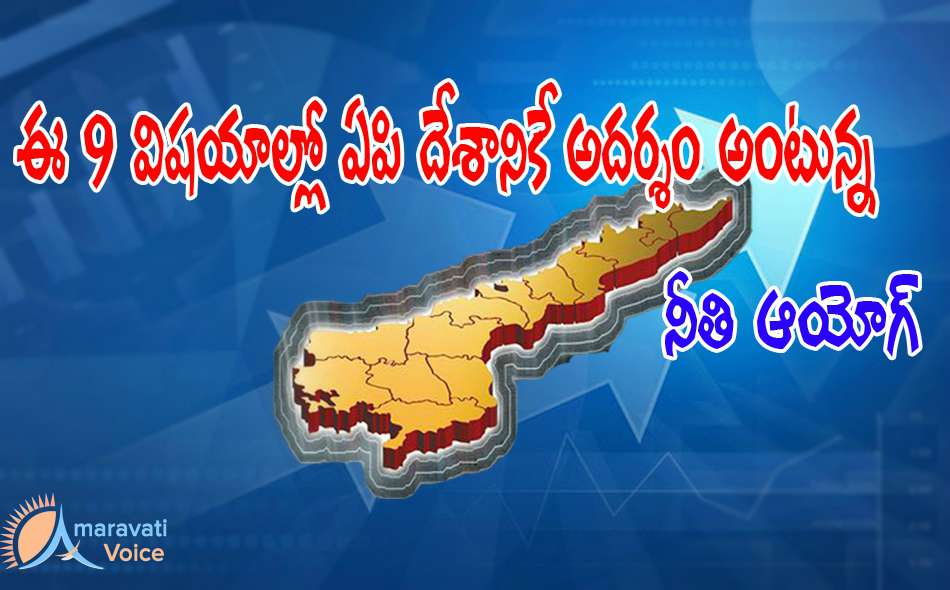 NITI Aayog iIn its report ‘State Forward – Best Practices from our States’, praised Andhra Pradesh in 9 areas, where Andhra Pradesh followed the best practices and the other states should learn from.