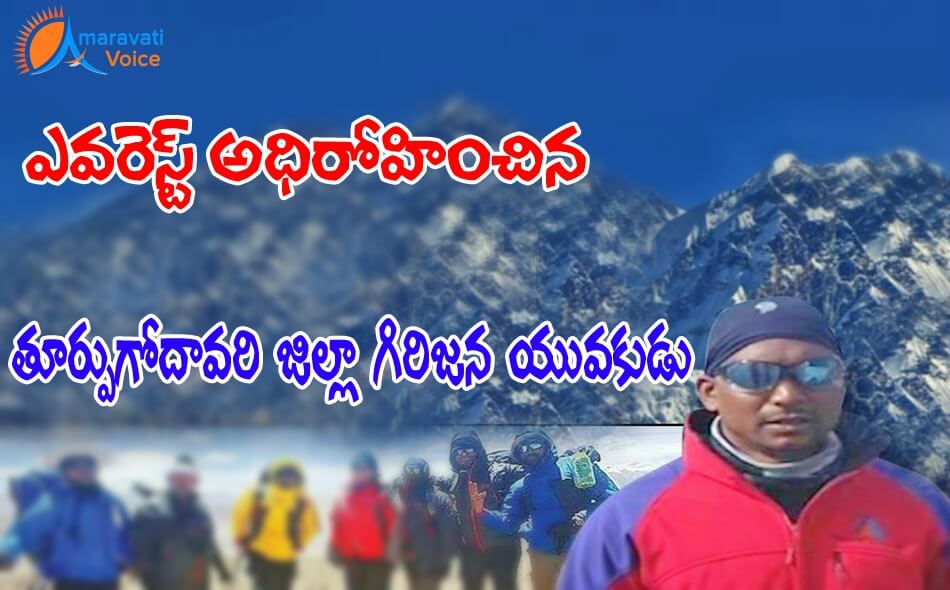 Bhadraiah Dhube, resident of Kothapalli, Chintur mandal, which was merged with East Godavari district became the first tribal youth from Andhra Pradesh to climb Mount Everest. 29 years Bhadraiah was an outsourcing employee with the Andhra Pradesh Power Generation Company. He was inspired by the achievement of 18-year-old Sadhanapally Anand Kumar, who became the first Dalit to climb the Mount Everest in 2014. He then approached Shekhar Babu Bachinapally, who has trained of Poorna Malavath, who is the youngest girl every to climb.

After three months training, Bhadraiah set out on April 8, 2016, with the 16-member Transcend Adventures team. He completed 8,848 m, the highest point of the earth by 7.45 am on last Friday and made the state and country proud.